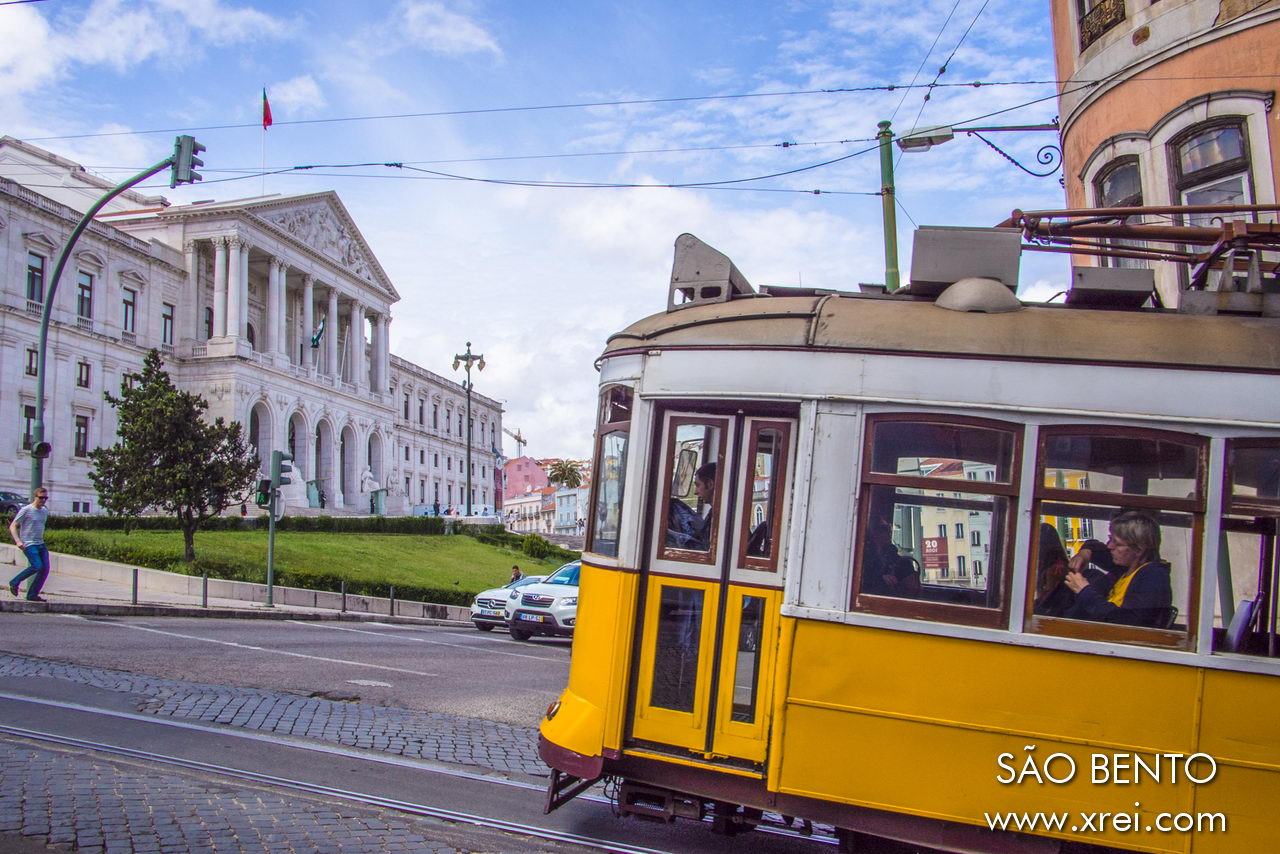 The São Bento neighborhood is a neighborhood in the center of Lisbon, the place where the Assembly of the Portuguese Republic is located

1. The Palácio de São Bento (São Bento da Saúde Monastery)! [(38.713365, -9.153932)] is a neoclassical palace where the seat of the Parliament of the Assembly of the Republic has been located since 1834, the legislative body of the Portuguese State. It began to be built in 1598 at Quinta da Saúde, an old monastery officially called Monastery of São Bento da Saúde, and also known as Monastery of the Blacks due to having belonged to the Black Friars of Tibães. The Monastery was started by Baltazar Álvares (1560-1630) and completed by Frei Pedro Quaresma and Frei João Turriano. The original design of the monastery included four cloisters, a church with side chapels, two towers, a bedroom, a barber shop, a kitchen, a cafeteria, wine cellars, an oil press, an oven and workshops. The Monastery of São Bento da Saúde was delivered to Cortes on September 4, 1833.
Vê aqui mais informação sobre o Palácio de São Bento

The São Bento Palace located in the former São Bento da Saúde Monastery is a neoclassical palace where the seat of the Parliament of the Assembly of the Republic has been installed since 1834, the legislative body of the Portuguese State The gardens of the São Bento Palace are original from the 19th century, occupying an area of two hectares belonging to the former Convent of São Bento da Saúde

6. Café São Bento ![(38.713239, -9.153074)]: is known for having the Best Lisbon Steak according to TimeOut, located at Rua de São Bento, number 212. Café de São Bento was opened on July 12, 1982 with the aim of recreating Bife à Marrare, which was served in Lisbon’s cafés and restaurants in the 18th and 19th centuries. António Marrare, a Neapolitan, came to Lisbon in the late 18th century and opened several cafés and restaurants, close to the São Carlos Theater, Cais do Sodré, Chiado and Rua dos Sapateiros. It was in the restaurant on Rua dos Sapateiros, known as Marrare das Sete Portas that Bife à Marrare appeared in 1884. Café de São Bento received several awards, namely one of the ten best restaurants in Lisbon for the English portal The Culture Trip and the American magazine Times in an article Where Top Chefs Eat

7. Casa-Museu Mestre João da Silva ![(38.718392, -9.154408)]: located close to Rua de São Bento and Largo do Rato stands out for its collection of 5595 pieces of jewelery, sculpture, numismatic, medallion, ceramics, plaster and approximately 300 works of art. It was in this house that João da Silva (1880-1960), sculptor, medalist and chisel, lived and worked. Mestre João da Silva stood out due to several works, namely the First Gold Medal of the Republic of 1916, the First Commemorative Medal of centenary of Silva Porto in 1950, the monuments of homage to the dead of the First World War* (1914-1918) in Poulignen, Évora and Valença do Minho, a homage monument to Júlio Diniz in Porto or Sousa Lara in Angola.

8. IADE: Creative University ![(38.707321, -9.152542)]: It is a design building where IADE University is located, located at Avenida Dom Carlos I, it stands out for its dimension and for the architecture in the design of metallic crosses that it presents on the facade. IADE was founded in 1969, having been the first design school in Portugal. IADE is part of Laureate International Universities, the largest higher education group since 2015 and the European University since 2016

9. Atelier Museu Júlio Pomar ![(38.711585, -9.150404)]: located close to São Bento street, it stands out for promoting and preserving the work of Júlio Pomar. Júlio Pomar stands out due to several works in the areas of ceramics, painting, drawing and engraving [, >] specifically the painting The lunch of trolha from 1946-1950, the tile panel on Avenida Infante Santo in Lisbon, the painting Gadanheiro. Júlio Pomar won several awards and decorations, namely the Printmaking Prize in 1957, the Bissaya Barreto Prize in 2018, Grand Officer of the Order of Liberty in 2004 and Doctorate Honoris Causa from the University of Lisbon in 2013. The main points of interest in the Atelier Museu Júlio Pomar are the work of Júlio Pomar, the holding of a conference and cultural activities and the publication Cadernos do Atelier.

10. Aqueduct on Rua do Arco to São Mamede ![(38.717167, -9.154731)]: located on São Mamede Street, the aqueduct connects Rua de São Bento with Rua da Escola Politécnica. The Aqueduct of Rua do Arco a São Mamede integrated the 127 arches of the Águas Livres Aqueduct, built between 1732 and 1748 at the behest of the King of Portugal Dom João V (1689-1750) with the aim of supply water to Lisbon. Near the arch of the aqueduct is a fountain built by architect Reinaldo Manuel dos Santos (1731-1791), engineer and military architect who participated in the elaboration of several works in the country, namely Church of Nossa Senhora dos Mártires in Lisbon, the fountain at Largo do Carmo or the Basilica da Estrela.

Other attractions to explore in the neighborhood of São Bento 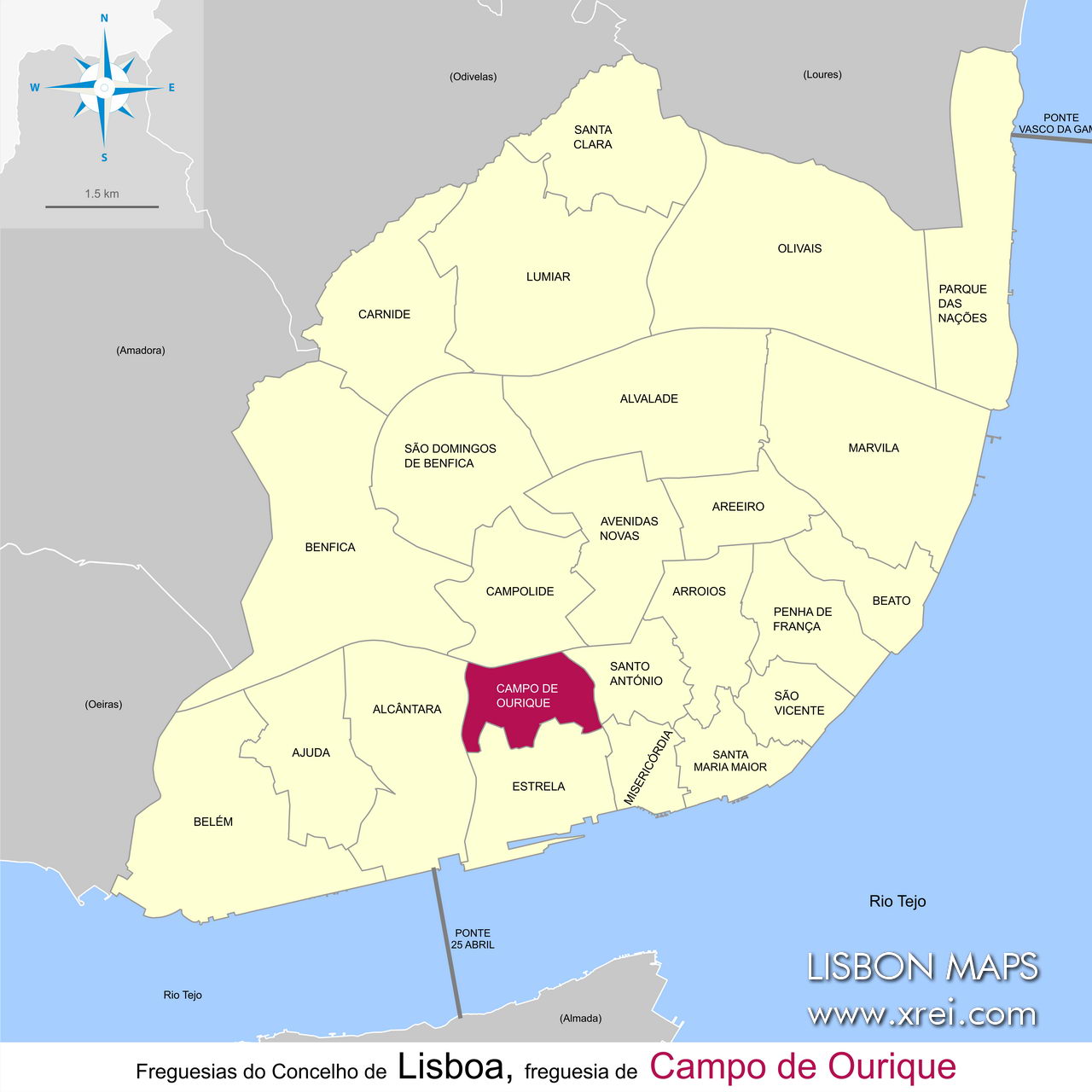