Avenida da Liberdade is the main artery of Lisbon, the street connecting to Baixa de Lisboa, a place of culture, commerce, offices and luxury hotels in Lisbon.

The main attractions to visit on Avenida da Liberdade (top 10)

In addition to the luxury environment that exists throughout Avenida da Liberdade with its shops, hotels and services, Av. da Liberdade has places that are worth visiting. Parque Eduardo VII is Lisbon’s largest green park and one of the most popular viewpoints in Lisbon, located north of the roundabout. Marquis of Pombal

1. Parque Eduardo VII is the largest green park in Lisbon and one of the most popular viewpoints in the city, located north of the Marquês de Pombal roundabout. Parque Eduardo VII is one of the most frequented viewpoints by tourists due to the view over the park’s garden with the downtown in the background, the Monument dedicated to the Marquis of Pombal, the buildings in the city center, the Castle of São Jorge , the Baixa, Praça do Comércio, the Tagus River and the Serra da Arrábida. Parque Eduardo VII was inaugurated at the end of the 19th century with the designation of Parque da Liberdade, by Henri Lusseau, inspired by urban parks such as Regent’s Park in London or Central Park in New York. Parque Eduardo VII changed its name in 1903 after King Edward VII of England visited Lisbon to celebrate the five hundred years of the alliance between Portugal and England. This urban park was maintained and improved until it reached its current state through the intervention of architect Francisco Keil, presenting the following points of interest: 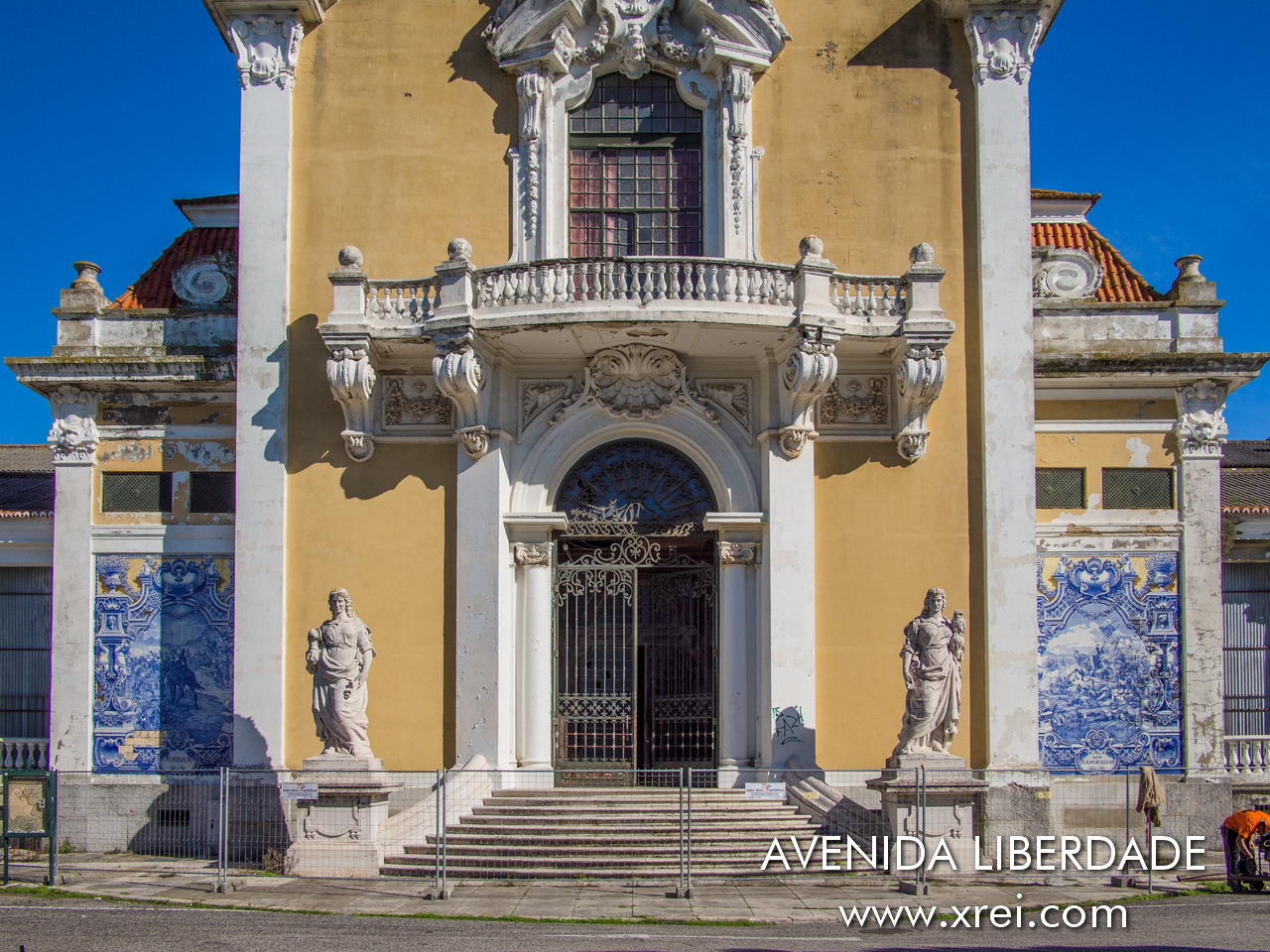 Carlos Lopes Pavilion opened under the name “Palácio das Exposições” in 1932 with the Great Portuguese Industrial Exhibition. In 1946 the pavilion was adapted to receive sports events, and in 1984 it was named after Carlos Lopes in honor of the Portuguese athlete. The pavilion was closed due to conditions between 2003 and 2017. Currently, the Carlos Lopes Pavilion hosts a temporary exhibition on tourism in Lisbon for the last 20 years and, in the north tower, a permanent exhibition on Carlos Lopes with more than 300 pieces, among trophies and equipment

2. Ascensor da Glória is the most used traditional lift in Lisbon, with approximately three million passengers per year, connecting Avenida da Liberdade and Rua de São Pedro de Alcântara in Bairro Alto. The Glória funicular was inaugurated in 1885 with a project by Mesnier du Ponsard, covering an approximate distance of two hundred meters. The main attractions of the Ascensor da Glória are: 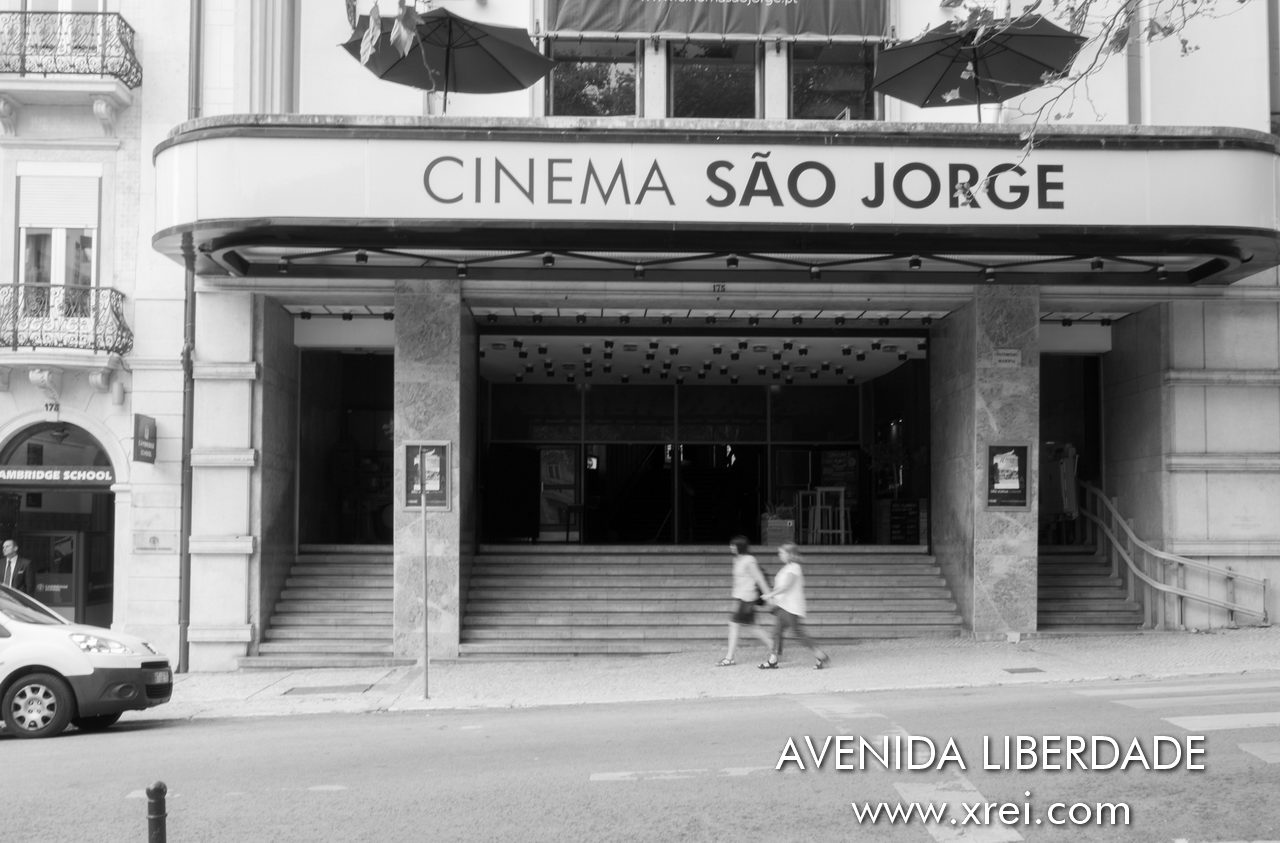 Cinema de São Jorge has been an emblematic cinema in Lisbon since its opening in 1950. about to be classified as a Property of Public Interest by IPPAR

3. Cinema São Jorge – Cinema São Jorge is one of the most emblematic cinemas in the city of Lisbon, located on Avenida da Liberdade. The cinema was inaugurated in 1950 with a project by Fernando Silva, with the following attractions: 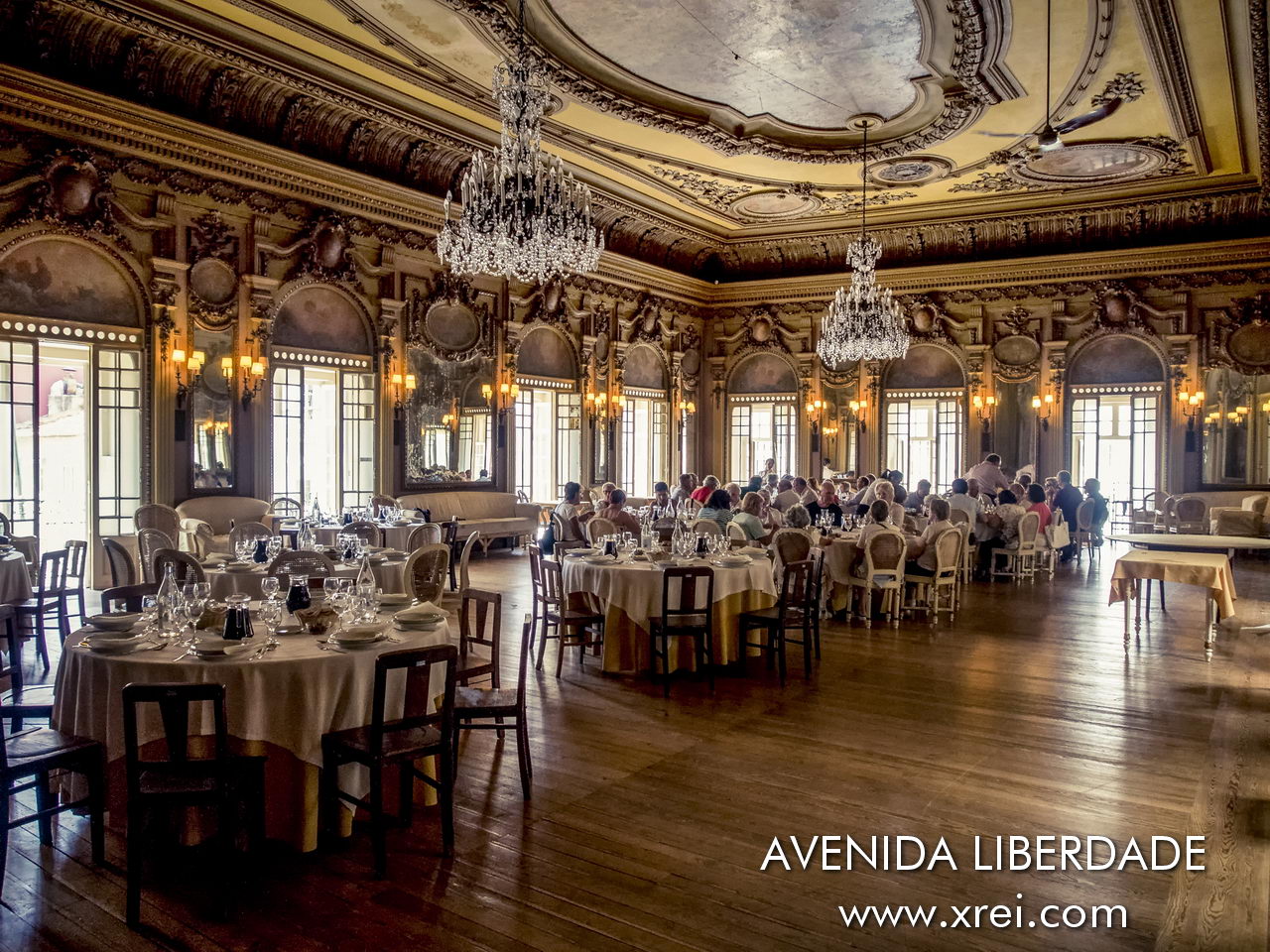 Casa do Alentejo a neo-Arabic architecture building where we can enjoy traditional Alentejo cuisine in two distinct environments, a more relaxed place where an Alentejo tavern-style restaurant service works , and an exquisite lounge with meal service for groups and events. Casa Alentejana is the headquarters of the Associação Regionalista Alentejana.

4. Casa do Alentejo is the headquarters of the Associação Regionalista Alentejana, located at Rua das Portas de Santo Antão, and was created with the aim of promoting and preserving Alentejo culture. The main points of interest of Casa do Alentejo are:

Ascensor do Lavra is the oldest lift in Lisbon, connecting Largo da Anunciada and Rua Câmara Pestana, inaugurated in 1884

6. Cinemateca Portuguesa: is “the national body under the Ministry of Culture whose mission is to safeguard and publicize cinematographic heritage”, located at Rua Barata Salgueiro. The Cinemateca Portuguesa was inaugurated in 1948 and presents the following points of interest:

7. Medeiros de Almeida House-Museum: is a space where you can visit one of the largest private collections of European and Asian decorative arts until the 19th century, located at Rua Rosa Araújo. The Medeiros de Almeida House-Museum was built by the entrepreneur António de Medeiros e Almeida (1895-1986) as a private residence, having been founded in 1974. The main points of interest are:

8. Jardim do Torel: is a little known garden in Lisbon, located on Rua Júlio de Andrade. The garden is thus designated to honor judge Cunha Thorel, who ceded the land in 1928 to the Lisbon City Council. The garden is relatively little known by locals and tourists, but it has several points of interest, namely:

9. Lisbon Geography Society: is an institution that aims to disseminate the scientific study of Geography, Ethnology and History of the Portuguese presence in Africa and Asia, located at Rua das Portas and Santo Antão. The Sociedade de Geografia was inaugurated in 1875, having been installed in the current building in 1897 by important personalities of the Portuguese society, namely Luciano Cordeiro (1844-1900), Teófilo Braga (1843-1924). The Geography Society is visited by people from Lisbon, tourists and school students to see the 60,000 works, 6,000 manuscripts and 230,000 available titles. The attractions of the Lisbon Geography Society are:

10. Ginjinha Sem Rival Store is a store that sells ginja and is part of the network of historic stores in Lisbon, located in Rua das Portas de Santo Antão. The store has been selling sour cherries since it opened in 1840, with practically the same appearance: a small marble counter with a wooden top and a U-shaped cabinet where you can see the various bottles of cherries from “Ginja Sem Rival”.

Other attractions to explore on Avenida da Liberdade

Teatro Tivoli BBVA is one of the most important cultural spaces in the city of Lisbon where you can watch plays, ballets, concerts and humor festivals, located on Avenida da Liberdade. The theater plays are almost permanently sold out, being frequented by Lisboners and tourists of all social classes and ages. The space was inaugurated in 1924 at the wish of Frederico Lima Mayer and commissioned by the architect Raul Lino. The main attractions of the Teatro Tivoli BBVA are:

Coliseu dos Recreios is one of the most frequented and known concert halls in Lisbon, located in Rua das Portas de Santo Antão. The Coliseu dos Recreios was inaugurated in 1890 with the objective of being a theater for the lower classes of society, but with quality pieces. This cultural space is currently much frequented by the Lisbon society due to the performance of high quality plays and concerts, namely “Mário Laginha e Camané”, “Christmas Circus”, “O Lago dos Cisnes” or “O Quebra Nozes” 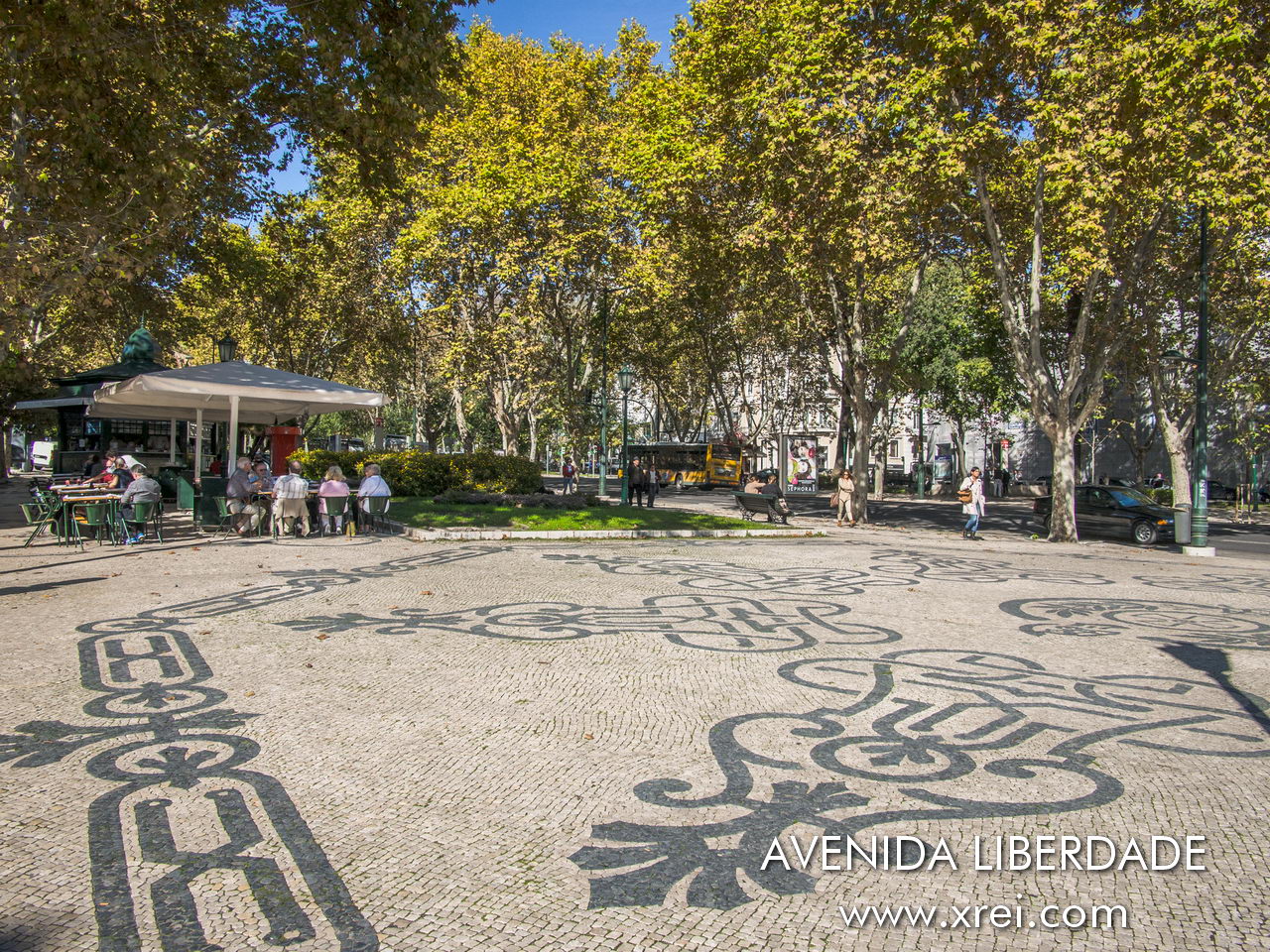 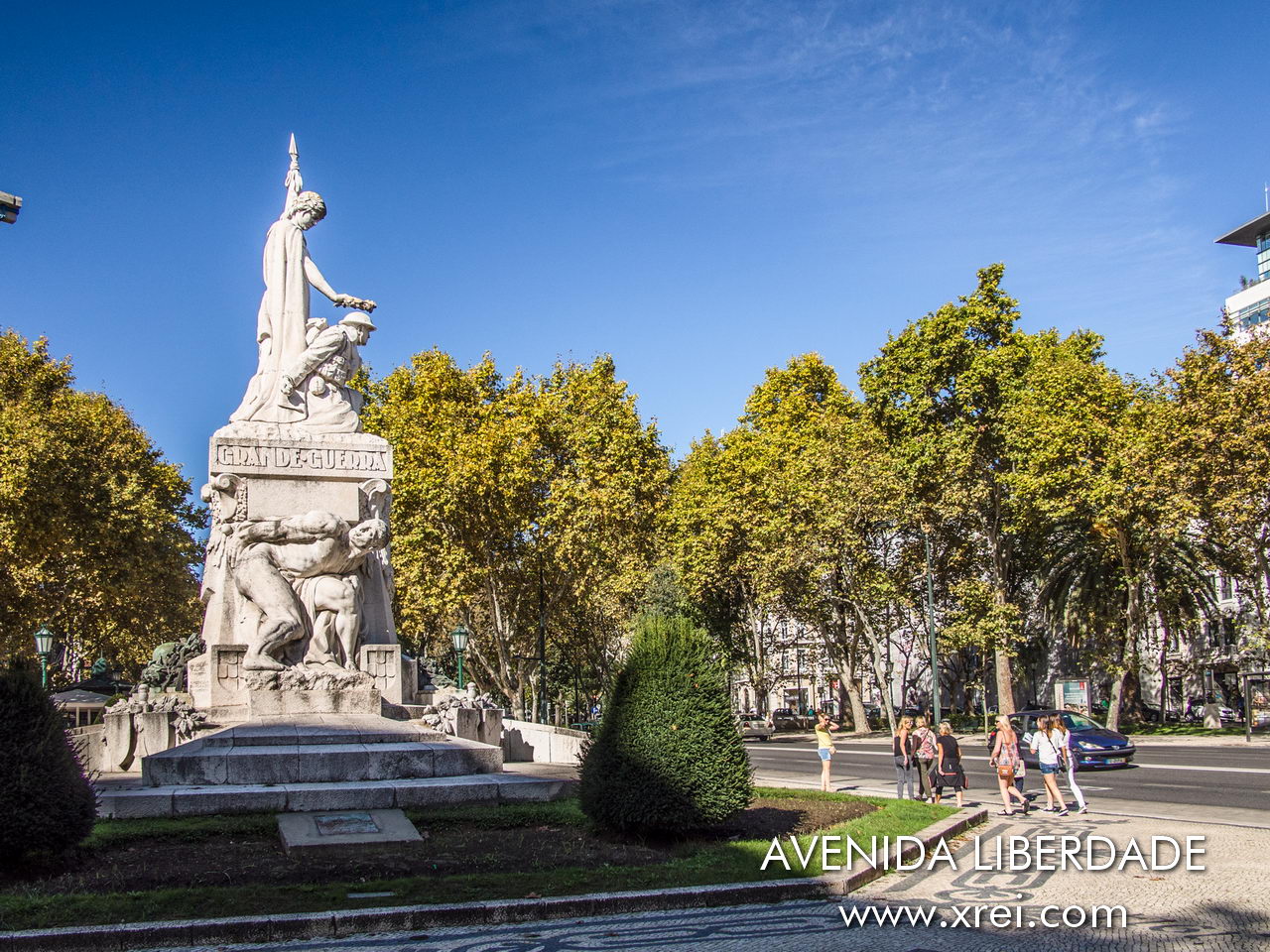 Monument to the Combatants of the Great War is a monument with the objective of honoring the “Soldier of the First World War”, by the sculptor Maximiano Alves and the architect Guilherme Rebelo de Andrade

Great War Combatants Monument: it is a monument with the objective of honoring the “Soldier of the First World War” who participated in the First World War, designed by the sculptor Maximiano Alves and the architect Guilherme Rebelo de Andrade . The Great War Combatants Monument is composed of a central figure of the “Soldier” representing “The Fatherland” inaugurated in 1931 on Avenida da Freedom; and two male figures that symbolize the weight of the 5,000 soldiers who died in World War I (1914-1918).

Estatuária da Avenida da Liberdade is a set of statuary that pays tribute to seven personalities of Portuguese culture and politics: 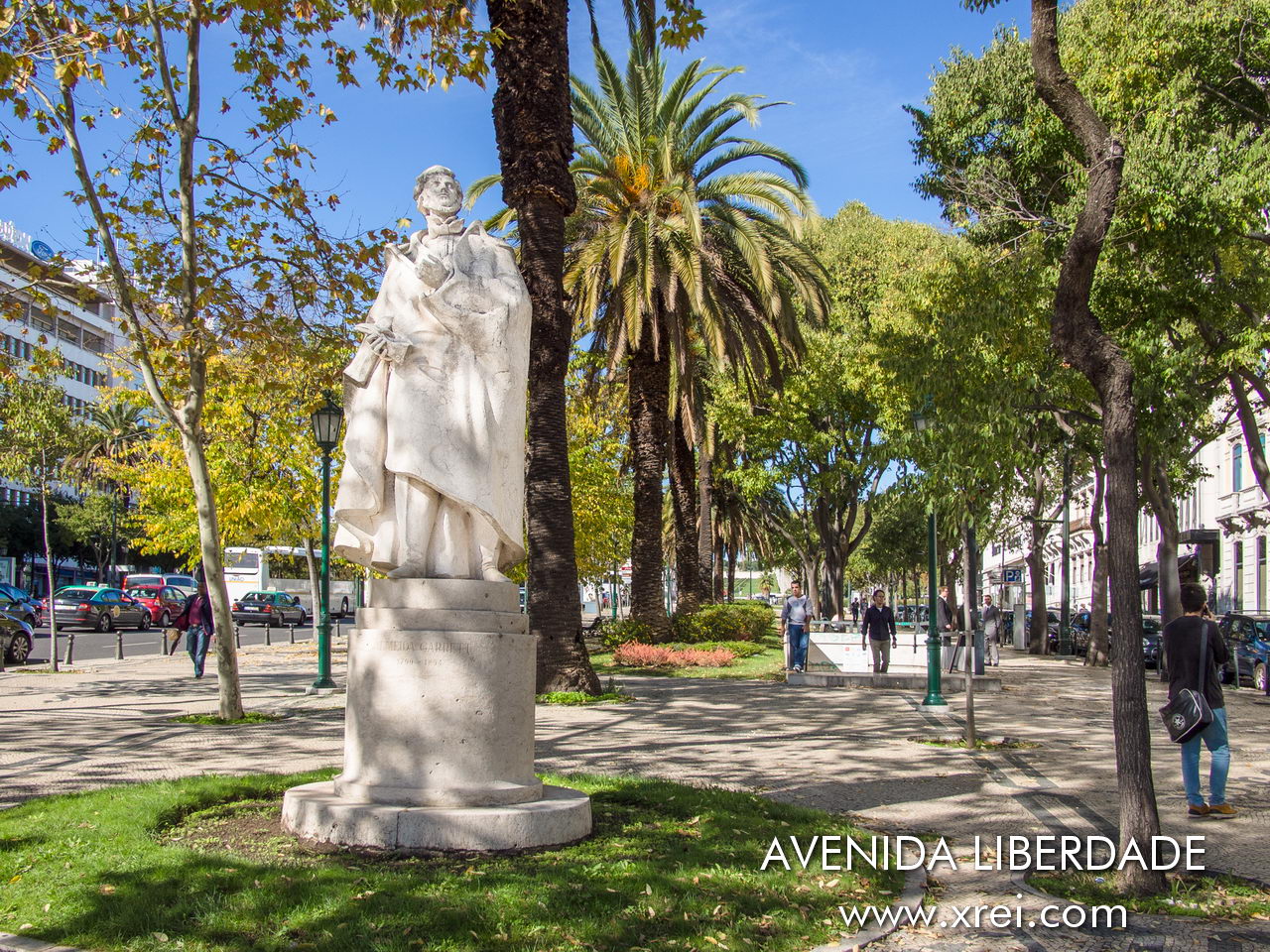 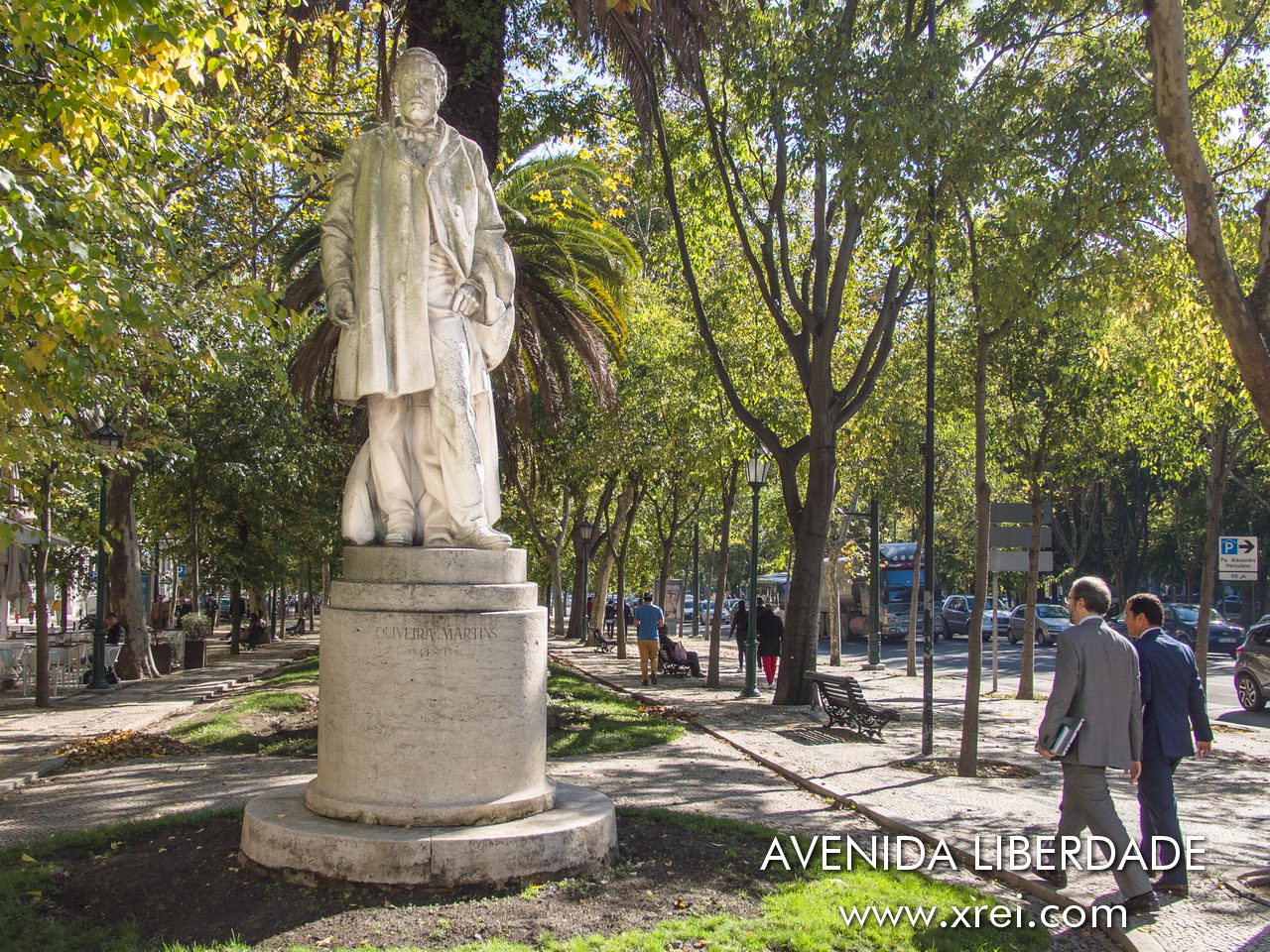 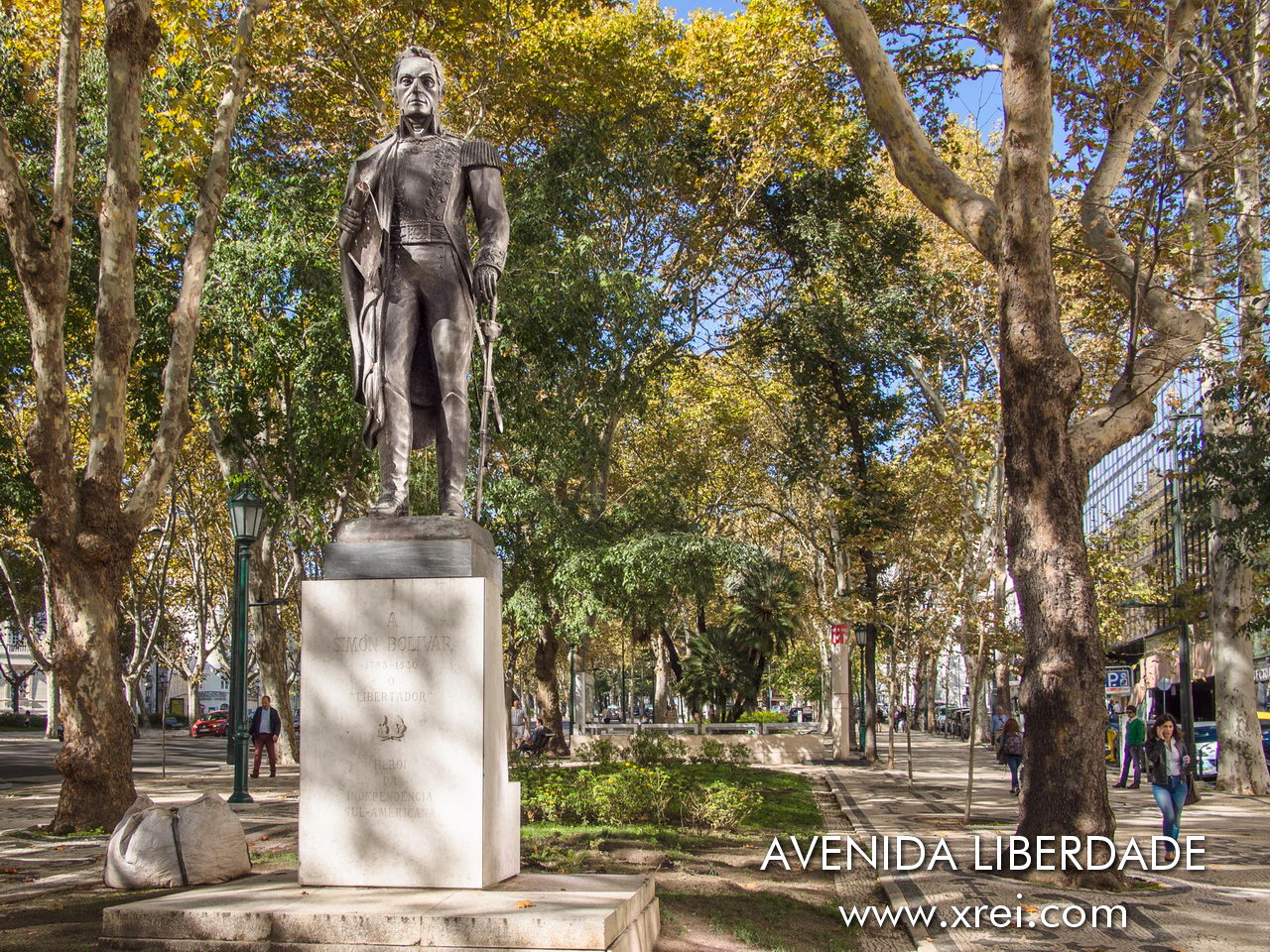 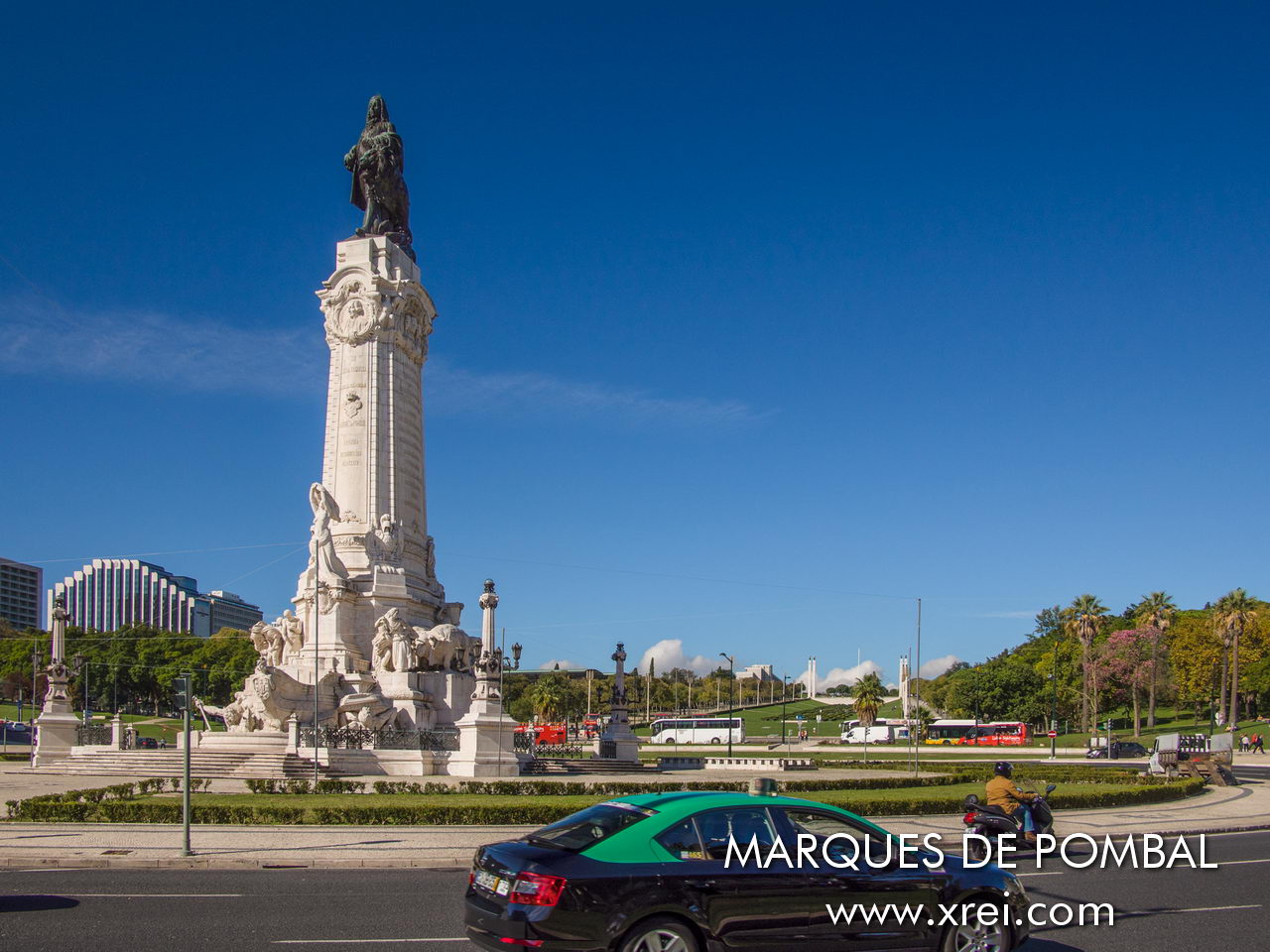 Praça Marquês de Pombal is the largest roundabout in the city of Lisbon, located between Avenida da Liberdade and Parque Eduardo Sétimo. In the center of the roundabout there is a square with the statue of Homage to the Marquis of Pombal situated on top of a 40 meter high monument.

Praça Marquês de Pombal is the largest roundabout in the city of Lisbon, located between Avenida da Liberdade and Parque Eduardo Sétimo. In this square you can see the typical city and cosmopolitan bustle of Lisbon, being a central area of ​​the city of Lisbon that distributes traffic to the main road arteries of the city, it is mainly a place of passage for Lisboners, tourists, tuck tucks and cars . The roundabout has been named since 1882 to honor the Prime Minister Marquês de Pombal, considered largely responsible for rebuilding the Baixa after the earthquake of November 1, 1755. The square’s current appearance began to take shape in 1934 with the inauguration Monument in Homage to the Marquis of Pombal by the sculptors Francisco Santos, Simões de Almeida and Leopoldo de Almeida and the architects Adães Bermudes and António Couto. The Marquês de Pombal Square was the stage for important events in the Modern History of Portugal, namely:

Bronze statue of the Marques de Pombal accompanied by the lion symbol of the power, strength, and determination of royalty 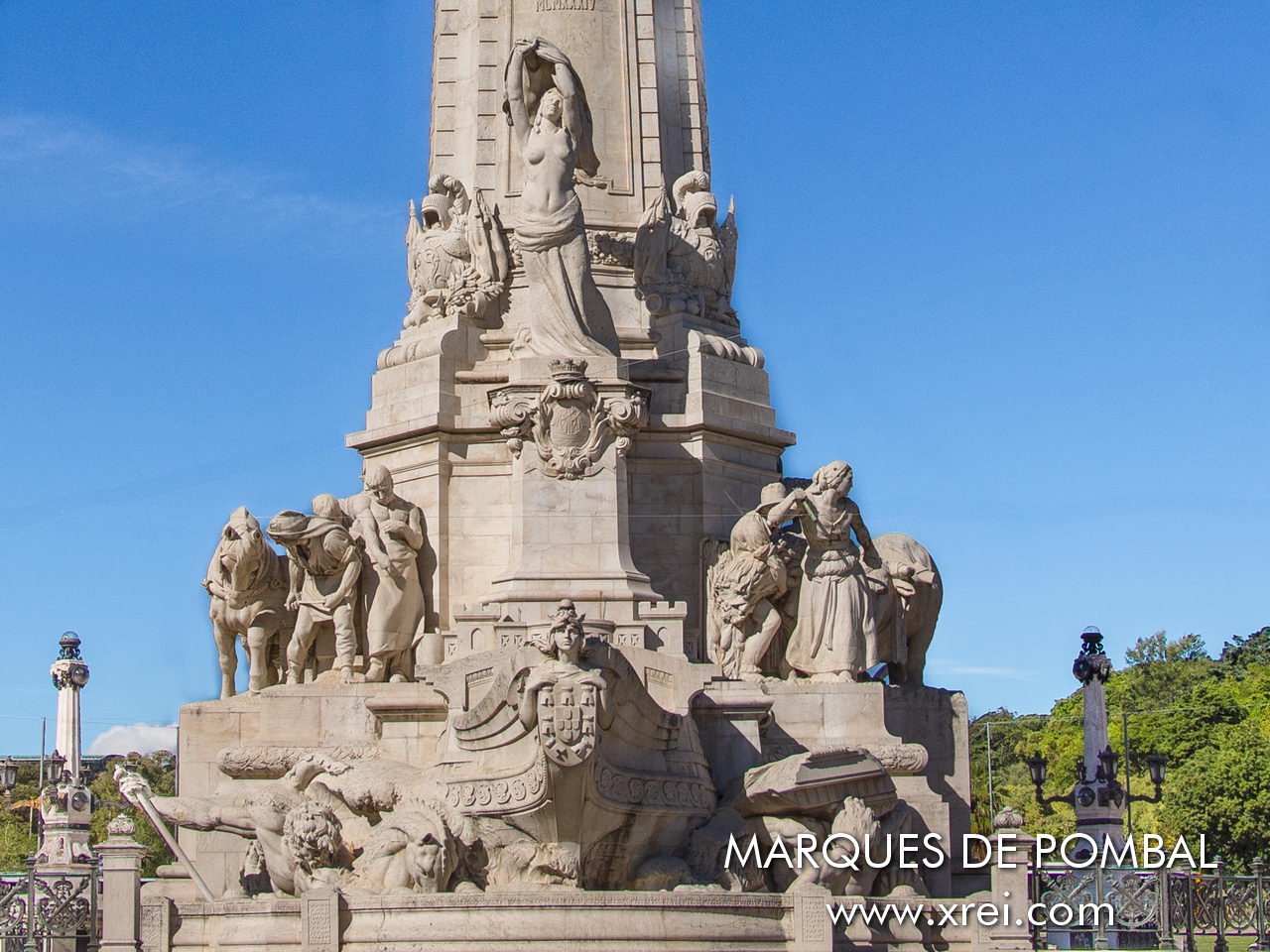 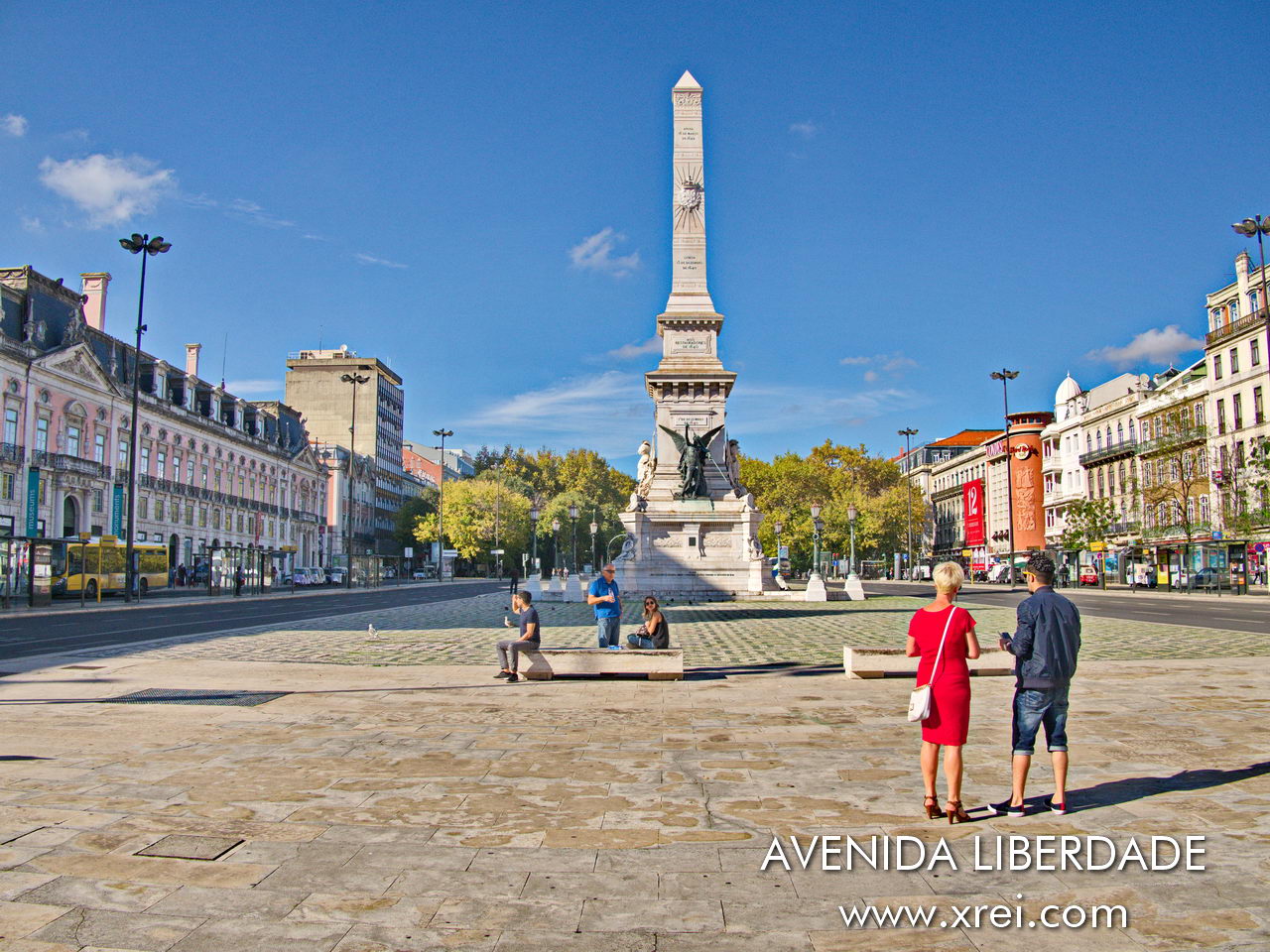 Rua das Portas de Santo Antão is a street parallel to Avenida da Liberdade, with connection to Restauradores Square, is one of the busiest pedestrian zones in Lisbon, with the connection between Largo de São Domingos and Rua de São José 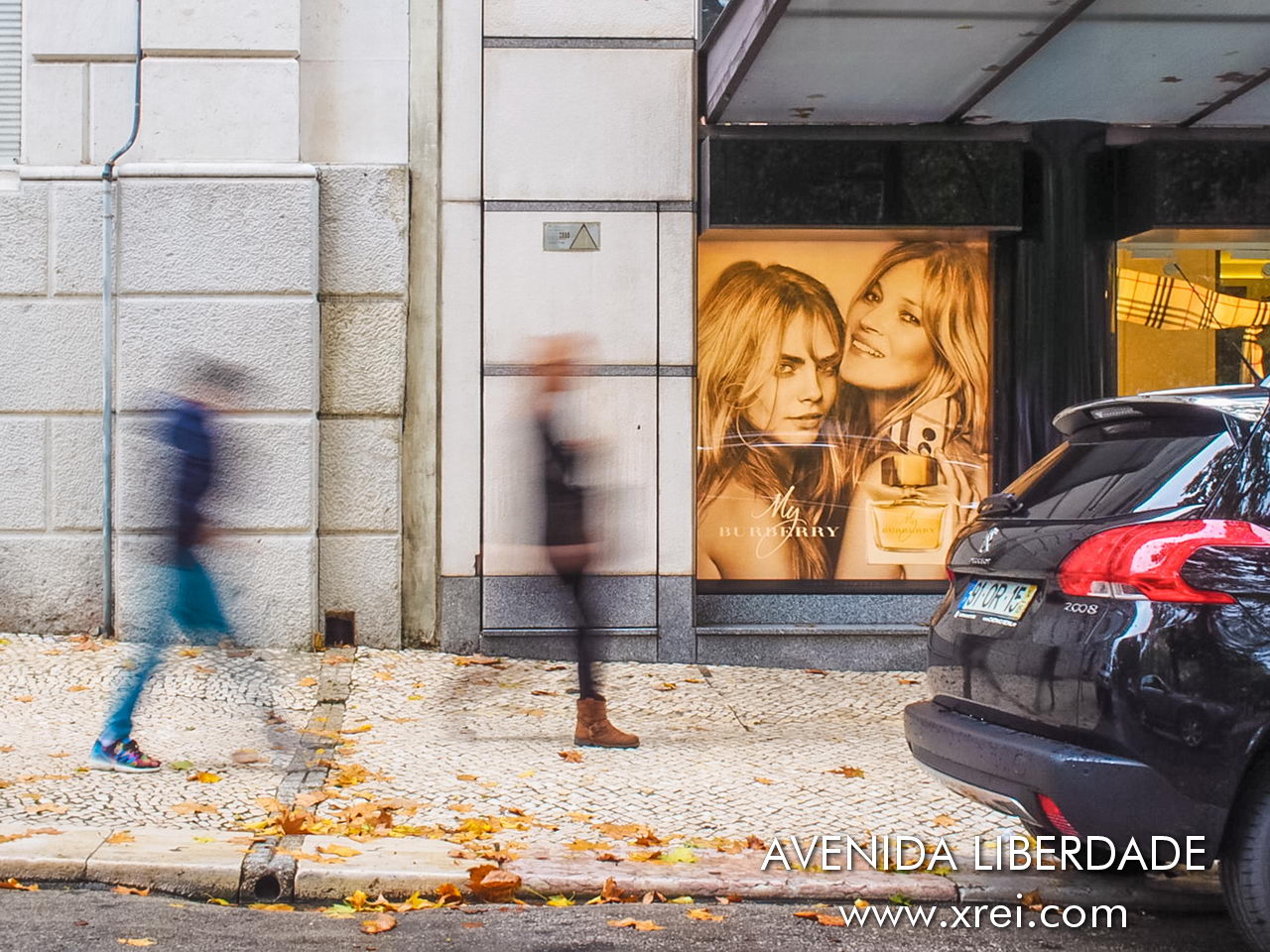 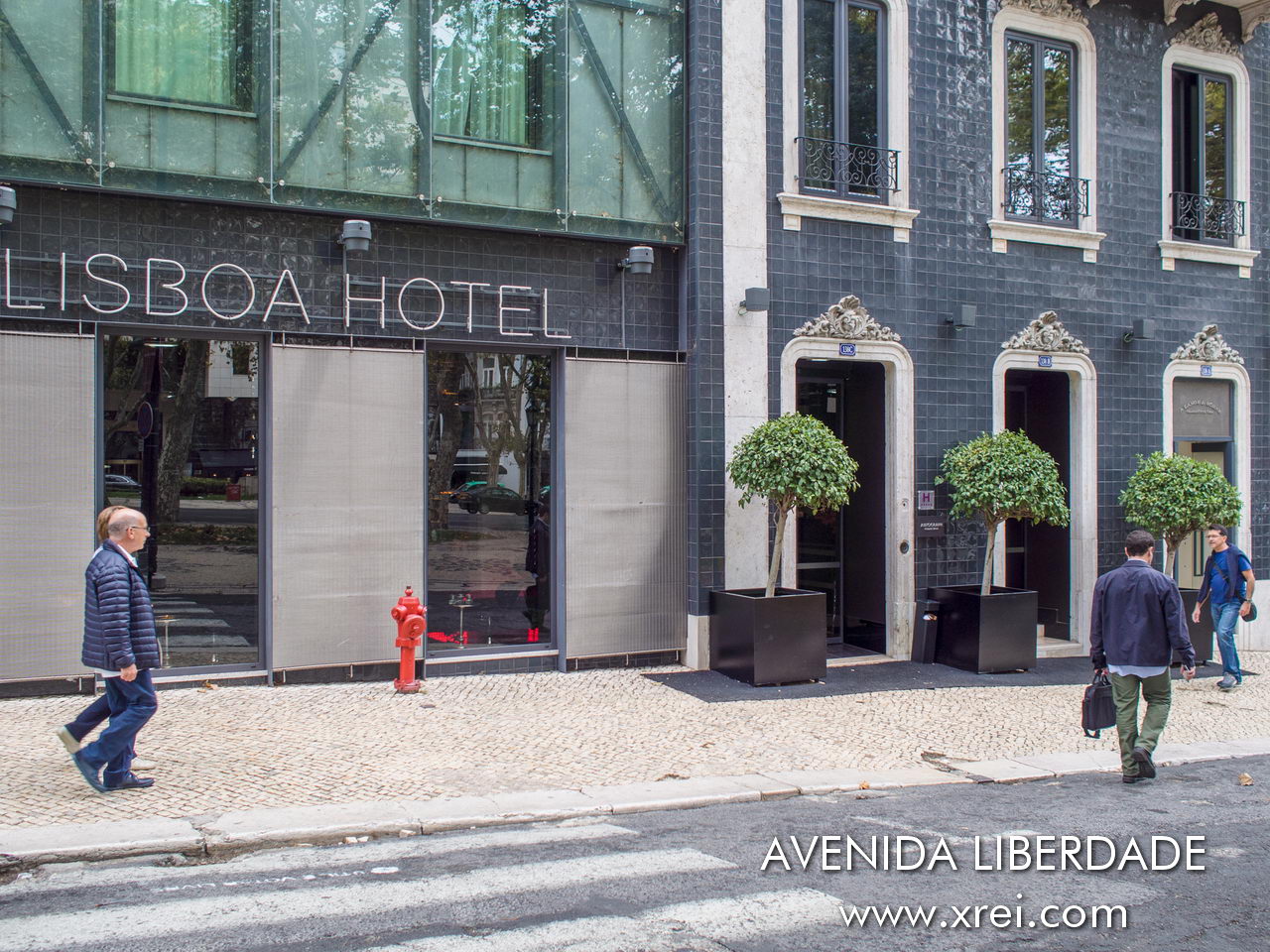