The Castle district is one of the noblest and most well-known historic districts in Lisbon and has a unique feature: only has one entrance and one exit. In this neighborhood, it is possible to travel to Lisbon in the Middle Ages by strolling through the narrow, winding and labyrinthine streets and alleys that resisted the earthquake of November 1, 1755. The Bairro do Castelo, although small in area, has its own life with shops , apartments, hotels and cultural spaces. Lisbon was born in the Castle of São Jorge, and is currently the most visited monument in the country. The Castle of São Jorge is a viewpoint of excellence in the Portuguese capital. From the Castelo de São Jorge it is possible to meticulously observe various areas of the city, namely Alfama, Graça, Chiado, Carmo, Avenida da Liberdade and Mouraria. Bairro do Castelo is much sought after by foreigners to live due to the typical neighborhood that it still maintains, security and tranquility. A noble architectural building in the Castelo district, with tall doors and a façade decorated with tiles 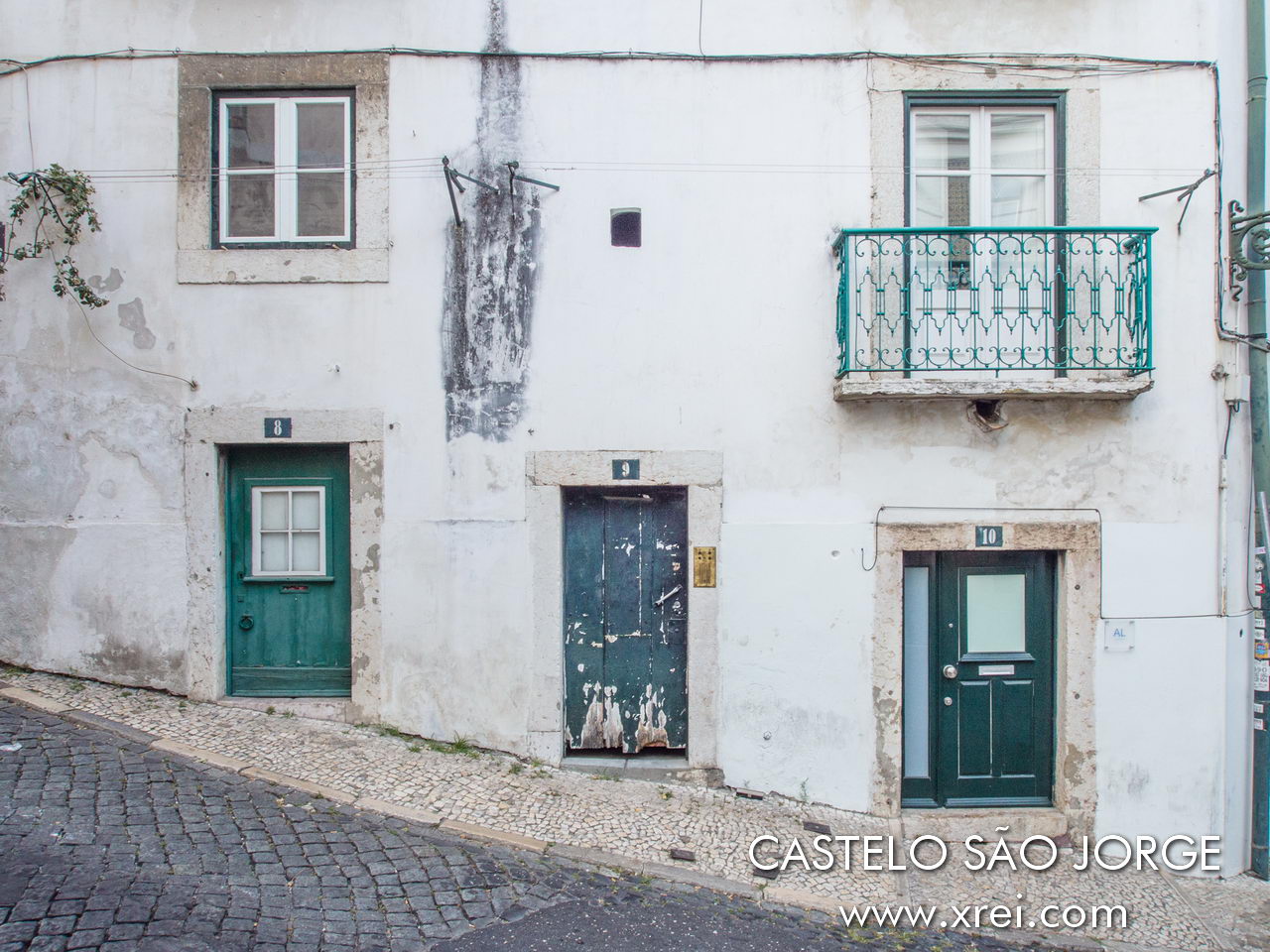 Building built on a sloping street in the Castelo district.

The Castle is administered by the Parish Council of Santa Maria Maior.

Places to visit in the Castelo district 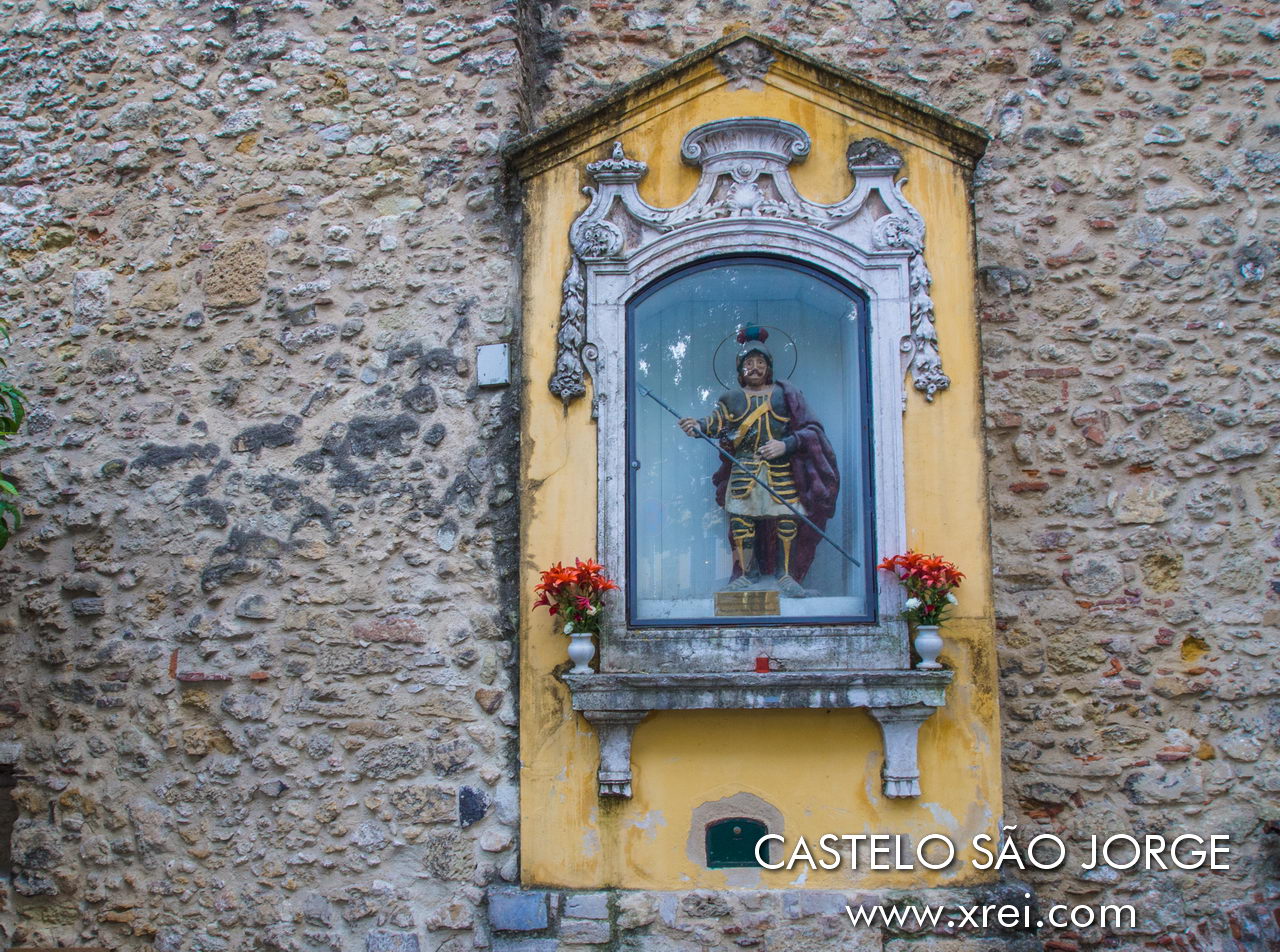 Statue of Saint George, located at the entrance to the Castle. The name of São Jorge was chosen by King Dom João I in the 14th century to baptize the then Castle of Lisbon, due to being considered the warrior saint, patron saint of knights and soldiers. 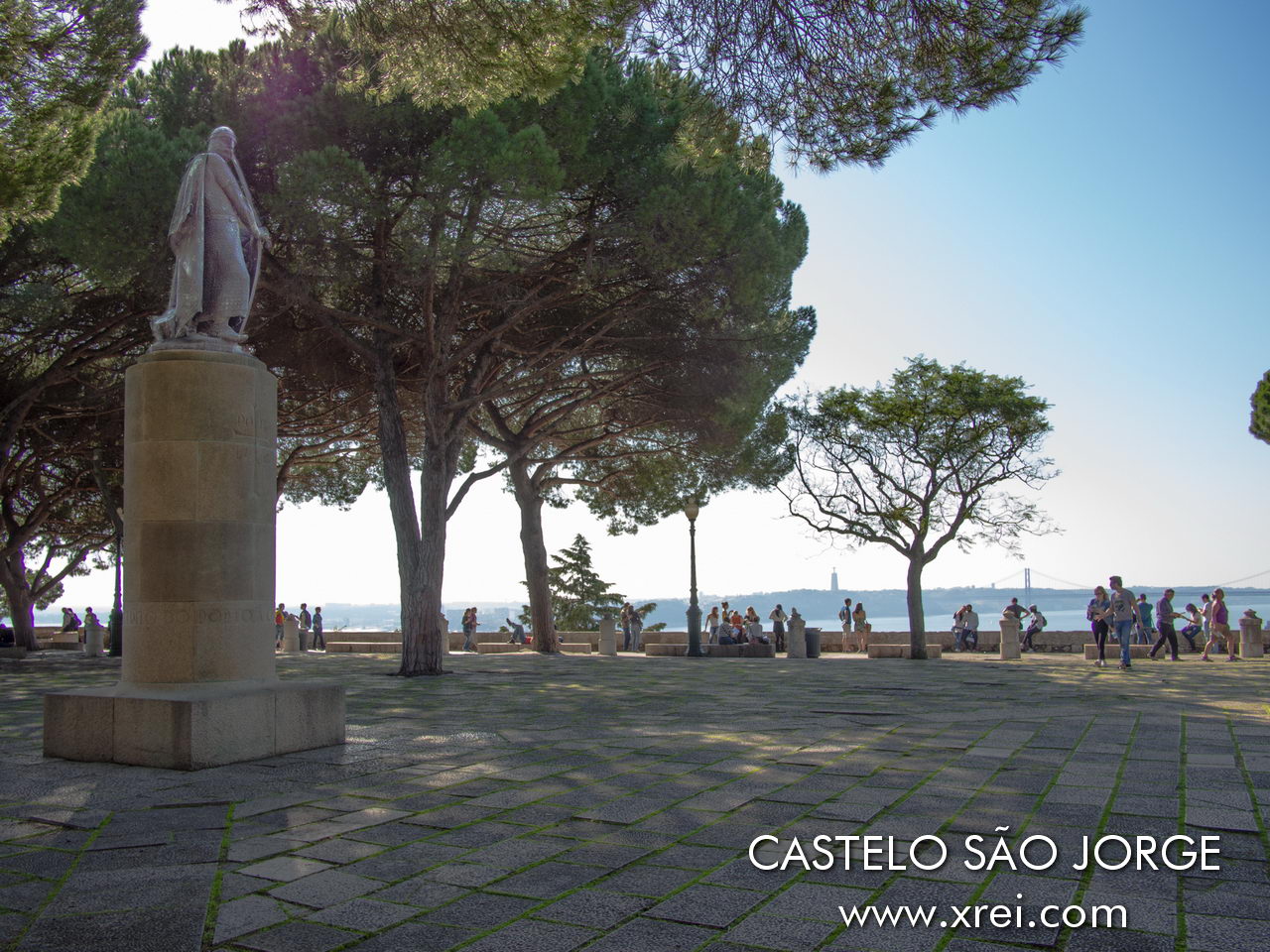 Statue of D. Afonso Henriques located at the entrance of the Castle of São Jorge, in the castle’s garden, next to the viewpoint Southwest view of São Jorge Castle, with the Tagus river, the 25 de Abril bridge, downtown Lisbon, boats on the river and the south bank of the river 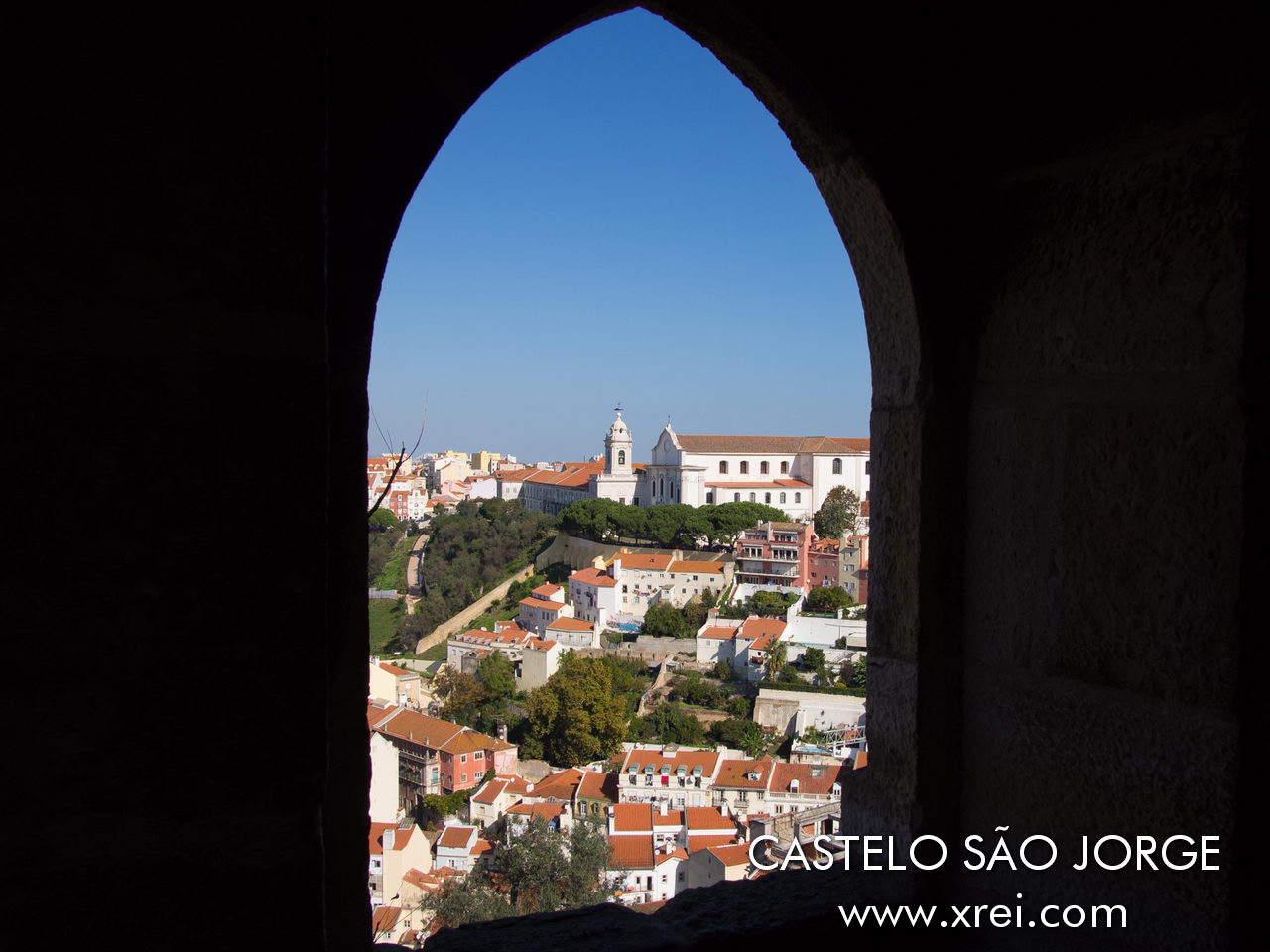 View, from the Castle of São Jorge, of the Church and Convent of Graça in the neighborhood of Graça 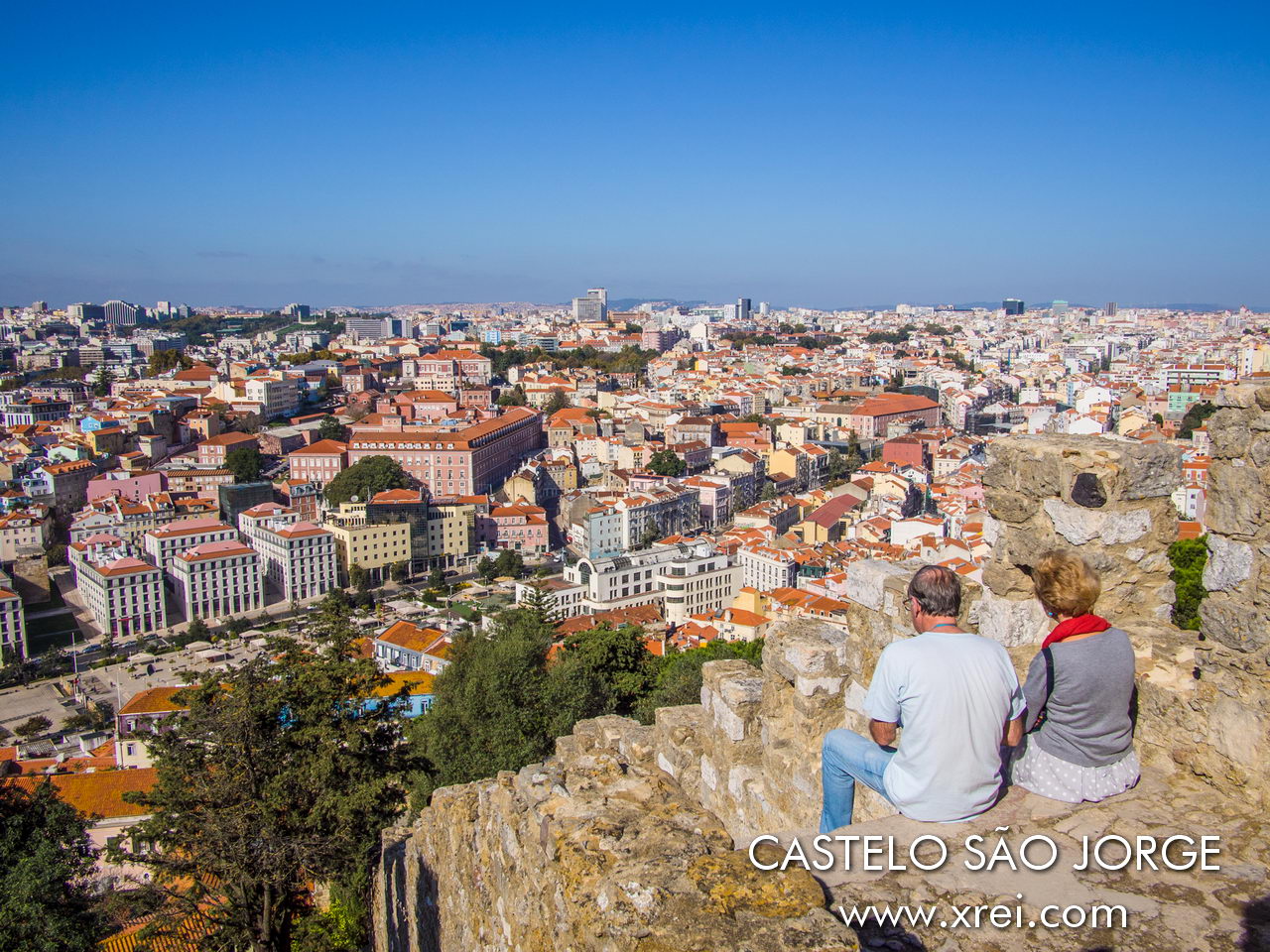 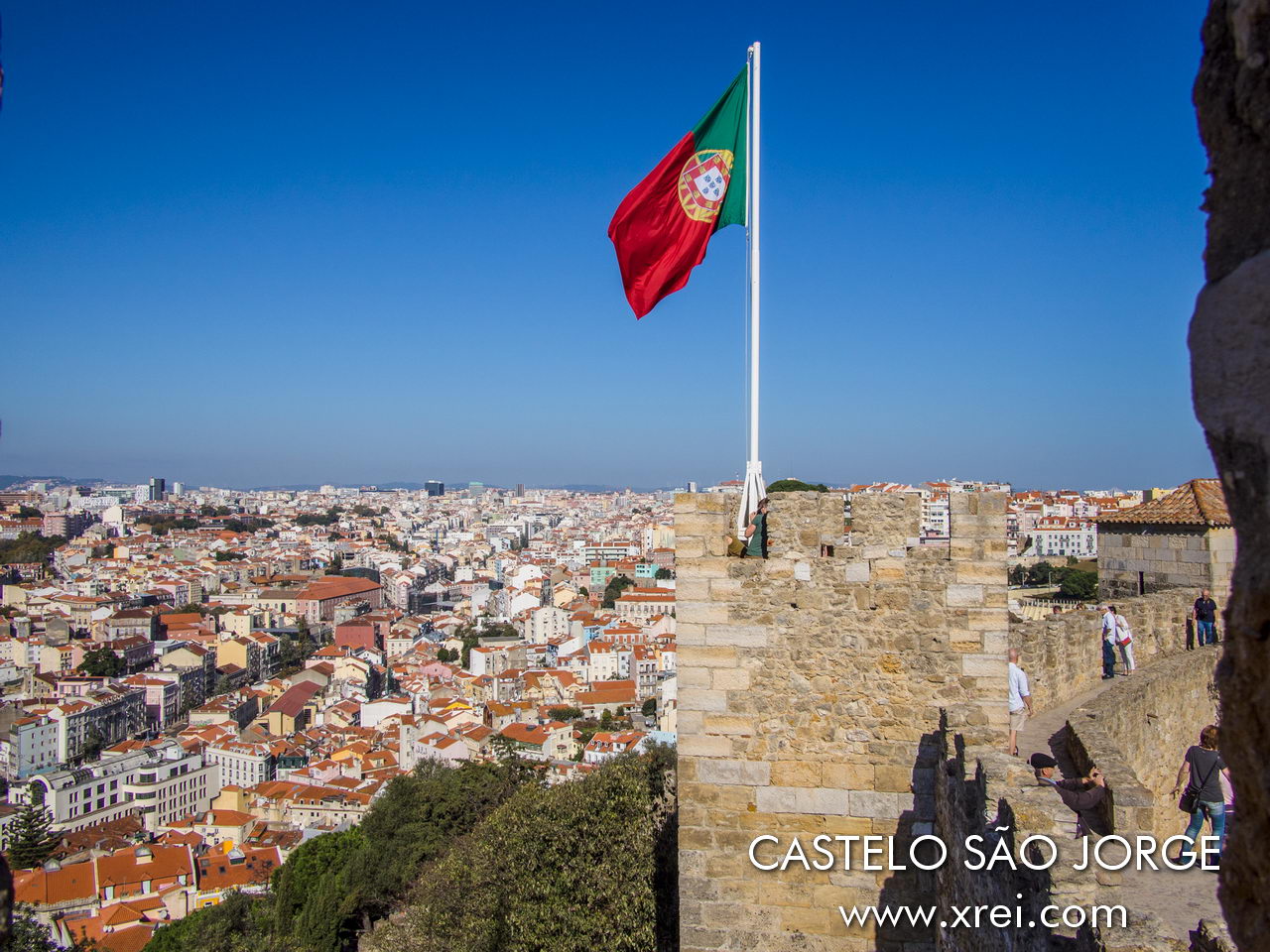 View of the northern part of the city of Lisbon from the walls of Castelo de São Jorge.

Bronze cannon in São Jorge Castle, the old artillery that defended the city of Lisbon

South view from the Castle of São Jorge, with Alfama, the church of São Vicente de Fora, the National Pantheon, the Tagus river, and Alcochete on the south bank