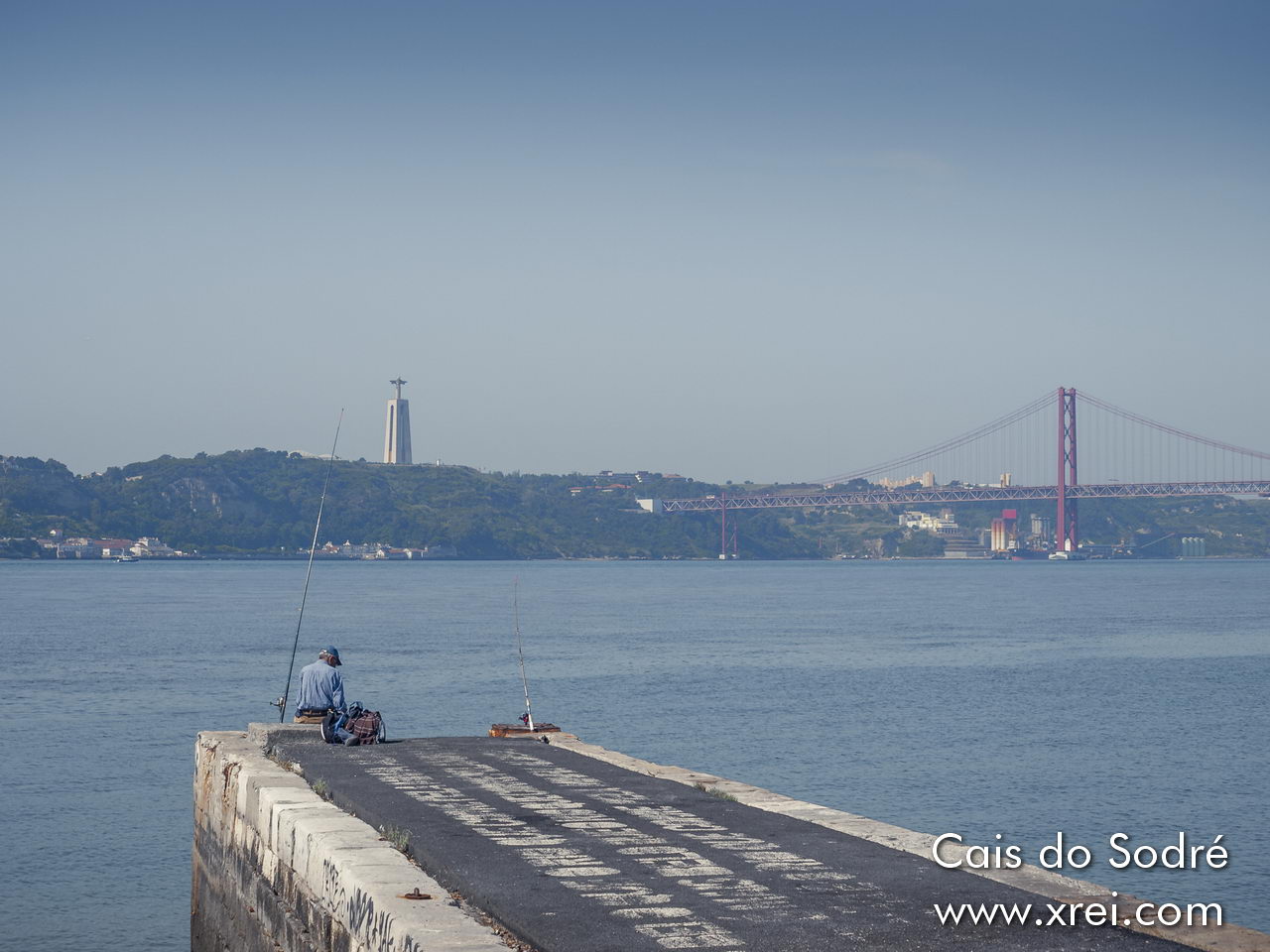 Cais do Sodré is an old neighborhood in a central riverside area of Lisbon, it was formerly the landing place for sailors who sought the pleasures of land after being at sea. Currently, it is an area of central Lisbon, with various transport, bus, tram, taxis, ferries with connection to the south bank of the Tagus, train to Cascais and Lisbon coast. It is a business center, a leisure area for walking, bars and restaurants with terraces by the river, marinas and parking lots.

The Cais do Sodré is an old neighborhood in a central riverside area of ​​Lisbon, recently restructured with an avenue that connects to Terreiro do Paço. Situated in front of the Tagus River, the Cais do Sodré is one of the main transport connection points to Greater Lisbon, with the train station connecting to the Estoril and Cascais line, the Cais do Fluvial pier Sodré with fluvial connection to Almada at the Cacilhas wharf, an option for a quick trip to visit the Sanctuary of Cristo Rei in Almada and, enjoy a panoramic view over the city of Lisbon, fluvial connection to Barreiro and Seixal; Metropolitano station with connection to the whole city of Lisbon. The Cais do Sodré is a 15-minute walk from Bairro Alto, and a 9-minute walk to Terreiro do Paço, strolling along Avenida Ribeira das Naus, a pedestrian area along the river, very sought after by tourists due to the terraces and peaceful environment. Cais do Sodré is one of the most popular places in the city for nightlife, especially due to the Rua Cor-de-Rosa: officially designated as Rua Nova do Carvalho, restructured in 2013 with the objective of rehabilitating the area of ​​restaurants and bars in Cais do Sodré. Rua Cor-de-Rosa has restaurants with terraces, some of the most famous and old bars and clubs in Lisbon, namely Tokyo, Liverpool and [< ]Jamaica. 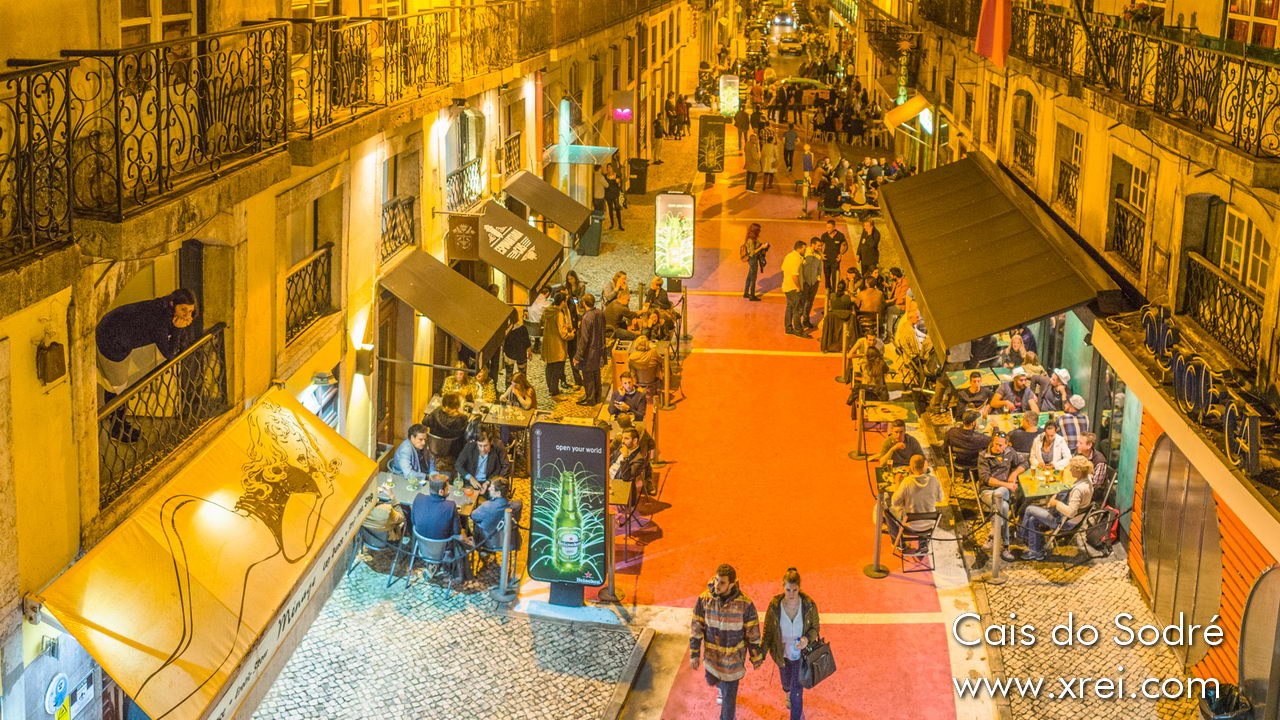 The pink avenue is the former bohemian area of Cais do Sodré. It has been constantly improved and is currently one of the main nightlife spots in the city of Lisbon 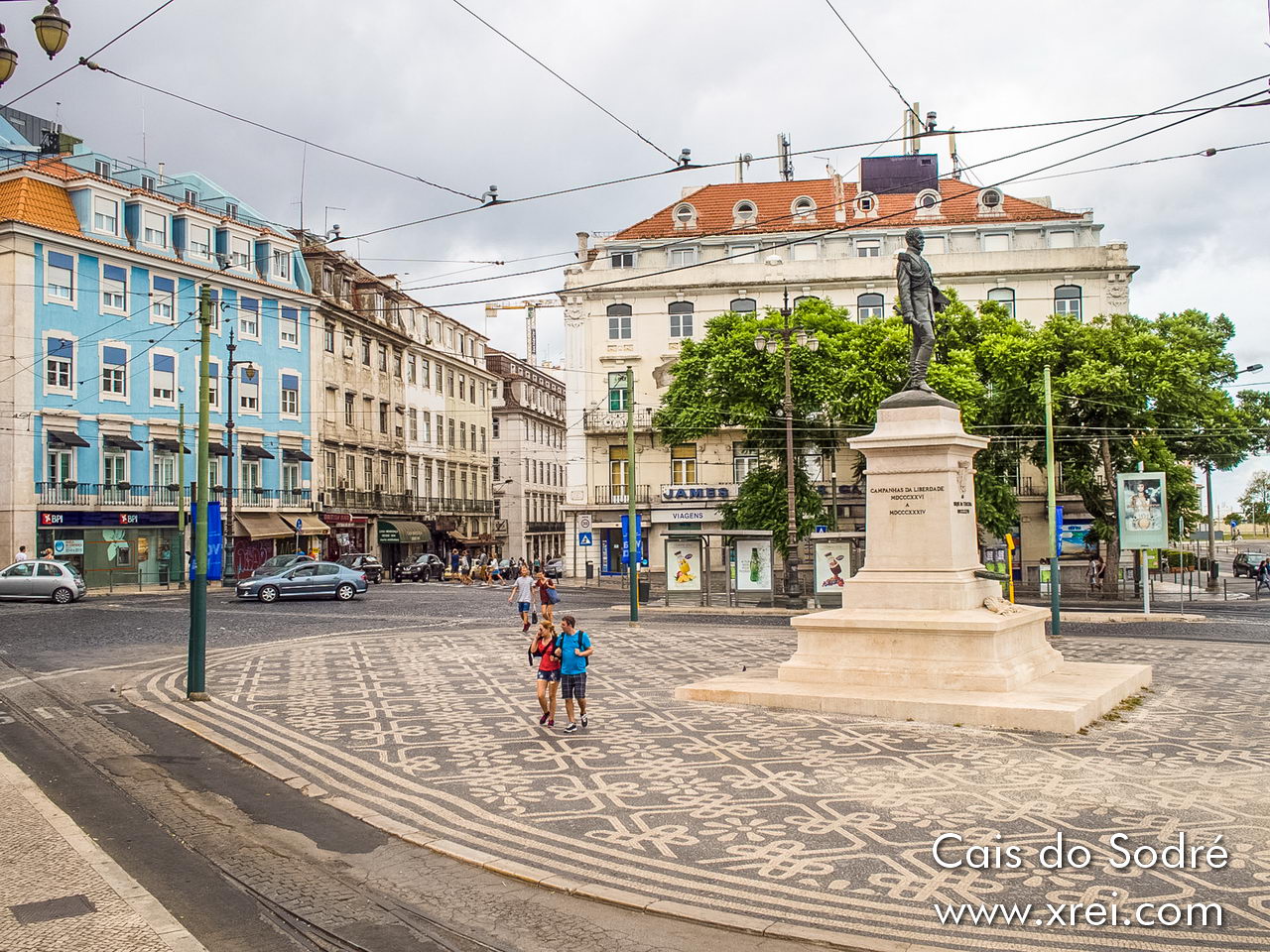 Cais do Sodré has harmonious architecture buildings, good infrastructure, and is a connection point to the main districts of the city center, being within walking distance of Bairro Alto, Chiado, Terreiro do Paço and other central districts

Attractions to visit in Cais do Sodré (top 10)

Other Attractions to Explore at Cais do Sodré 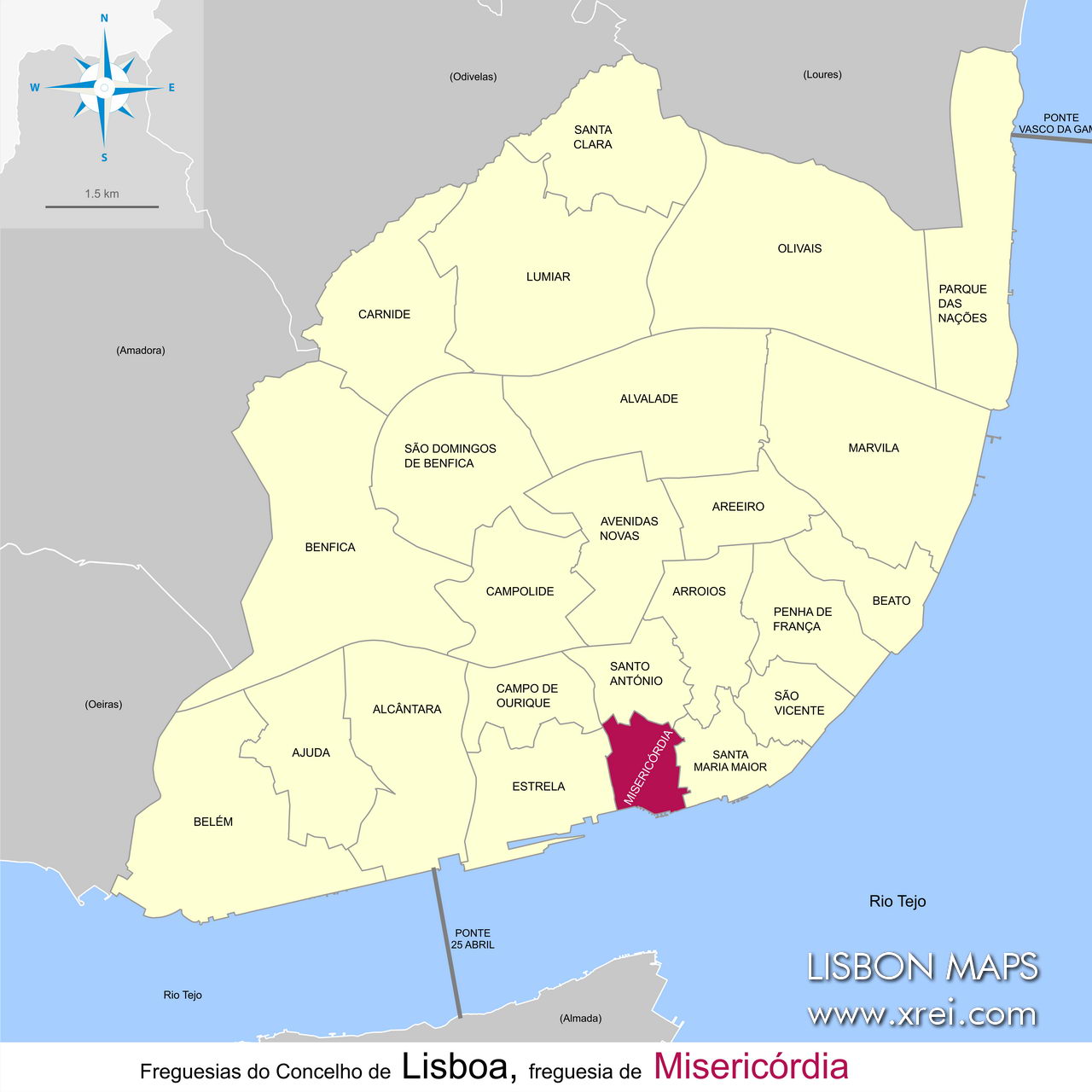 Misericórdia parish location on the map of Lisbon