Promenade along the coast from Lisbon to Cascais, where the Tagus River meets the Atlantic Ocean, Portugal.

The Avenida Marginal Costa do Sol in Lisbon includes places like Paço de Arcos, considered by those who live there as the most charming village in Portugal, Carcavelos, where the first bodysurf club in Portugal was founded in 1964, in Parede, very known for its iodine-rich beaches and much sought after for its healing waters and home to one of the best orthopedic hospitals in Europe. 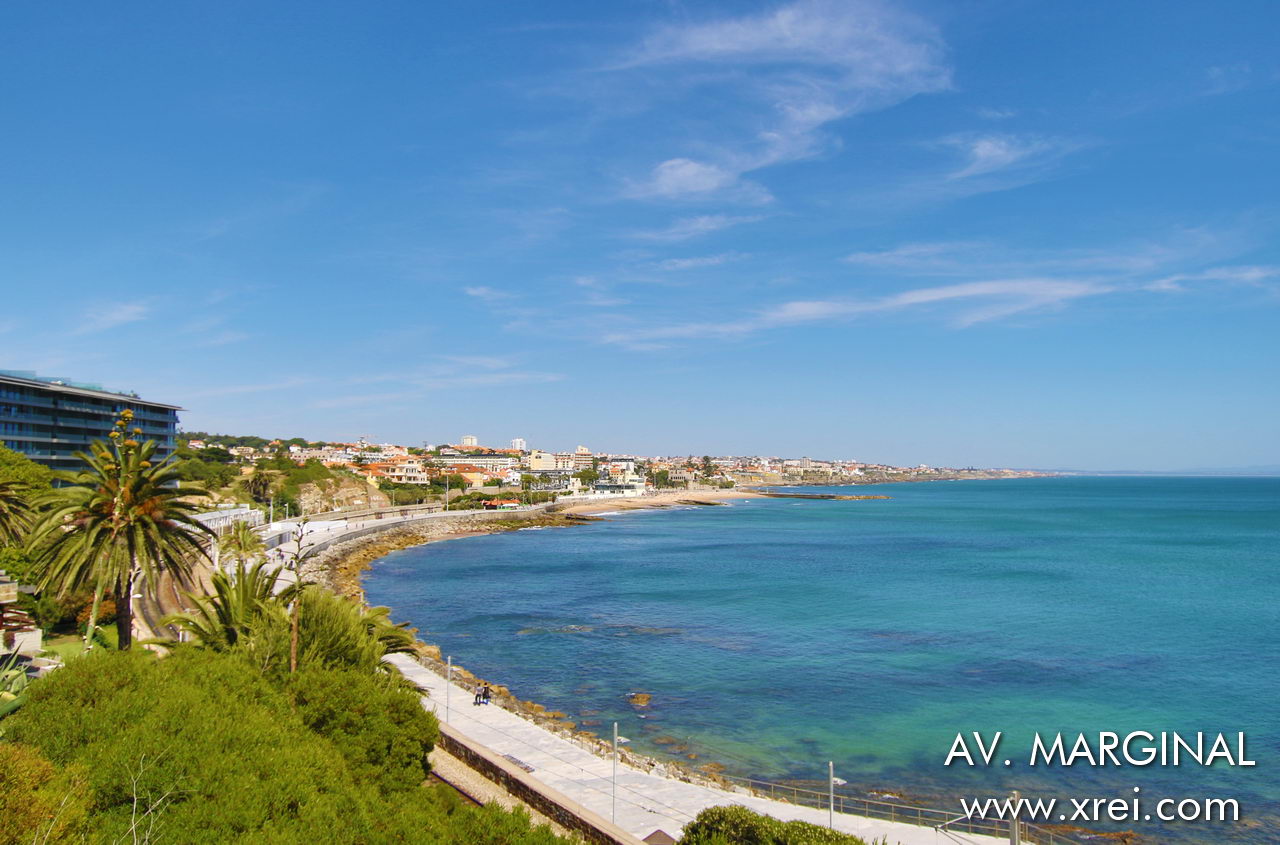 Carcavelos beach is the most visited beach on Avenida Marginal, Estoril line, due to its large sand, infrastructure and location. Carcavelos beach is also a place of excellent waves for surfing and bodyboarding during the fall, winter and spring.

The Avenida Marginal area has been rehabilitated over the past few years due to several projects, namely the Nova School of Business & Economics in Carcavelos, a university campus with capacity for approximately 4,000 students and professors, the creation of the third El Corte Inglés shopping center in Carcavelos, the creation of a business hub in the São Gonçalo battery in Parede, the construction of a shopping center Surf by Quicksilver in Carcavelos or Quinta dos Ingleses urban plan with approximately 20 hectares that includes a business center, buildings with 14 floors close to the Atlantic Ocean.
Avenida Marginal is a dynamic, modern area that has managed to preserve history and tradition over the years. It is a charming place with a unique quality of life.

The beaches on the Marginal

Places to Visit on Avenida Marginal

Transports serving the parishes of Avenida Marginal in Lisbon