by moraferia | Regions of Portugal 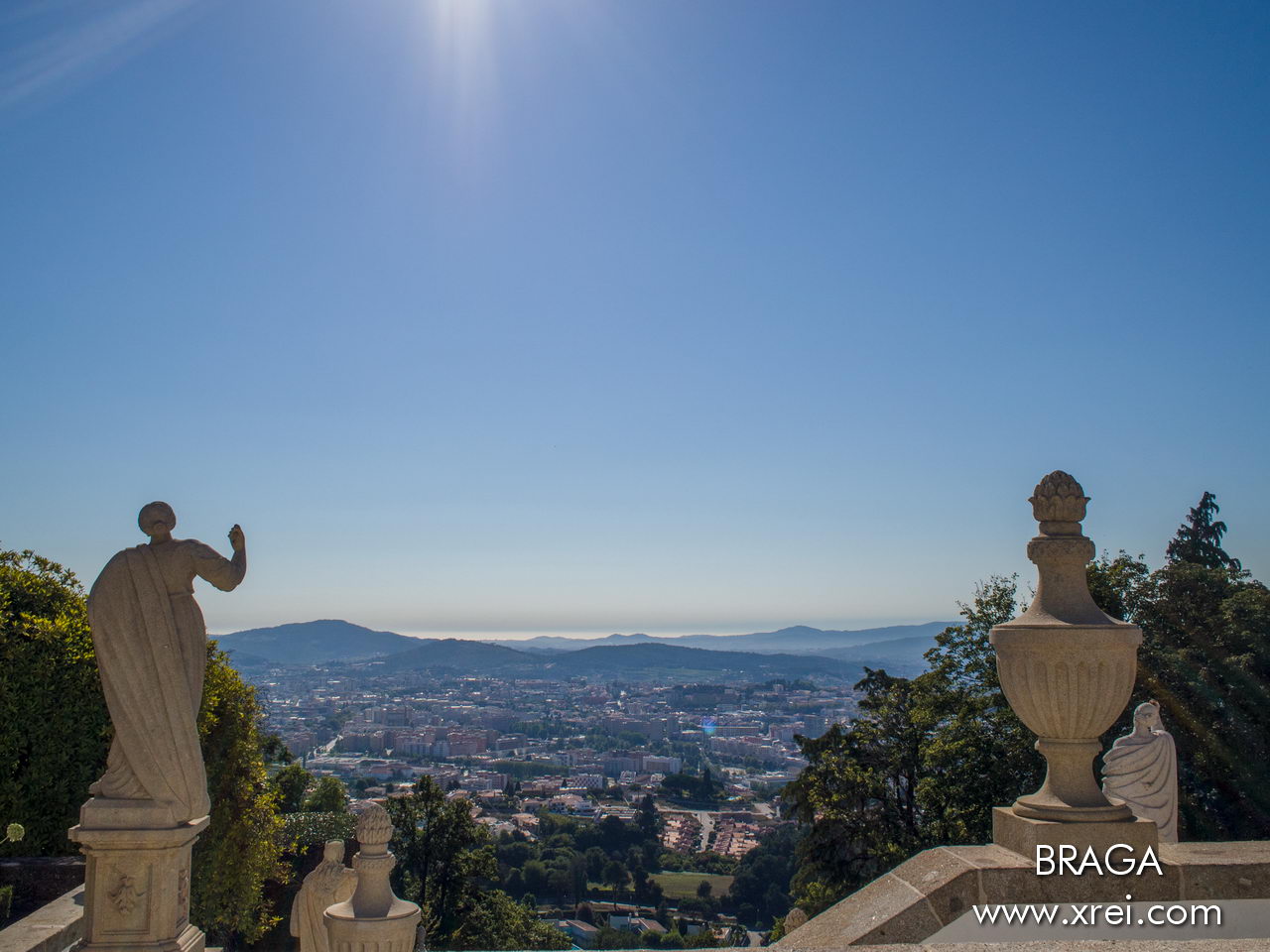 Braga, one of the oldest cities in Europe founded in 16 BC known as the Portuguese Rome

Braga is one of the oldest cities in Europe founded in 16 BC as “Bracara Augusta” in honor of the Roman emperor Augustus. Located in the center of Minho, Braga is one of the main religious centers in Portugal, with 49 churches and chapels, it is known as the city of archbishops, the city of youth and Portuguese Rome. Currently Braga is a very dynamic city, with a strong economic activity in the areas of commerce and services, teaching and research, civil construction, information technology and new technologies, tourism and various branches of industry and handicrafts. Braga has a great impact on the software industry, being considered by many to be the Silicon Valley Portuguesa. It is designated as the capital of commerce in Portugal, with the largest pedestrian area in Portugal where we can enjoy a wide variety of commerce with local and international stores, service companies, and restaurants with terraces.

Braga provides diverse natural landscapes of great beauty due to its geographic location: Cávado river to the north, Serra dos Picos to the south (566 meters altitude), Serra dos Carvalhos to Nascente (479 meters altitude) and Famalicão and Barcelos a West. It is located at a distance of 50 kms from Porto International Airport, and 100 kms from Vigo Airport.

Attractions to visit in Braga (Top 10): Sé Catedral de Braga is a Romantic, Manueline and Baroque cathedral, where the tombs of D. Afonso Henriques’ parents are: Henrique de Borgonha, count of Portucale and his wife, Teresa de Leão. The Sé de Braga it was founded as the seat of the bishopric by St. James Major, one of the twelve apostles of Jesus Christ martyred in the year 44;

Sanctuary of Nossa Senhora do Sameiro

Avenida Central de Braga is one of the main avenues in Braga, located in the historic center of the city, it is the largest square in Portugal and one of the largest in Europe. The avenue is flanked by noble buildings, namely the Basilica dos Congragados. At the top of Avenida Central we find Praça da República where we can see the keep of the old castle of Braga behind the church of Lapa;

Parque da Ponte is an urban park in the city of Braga with 24,000 m2 awarded in 2011 with a national level award for Public Spaces. Parque da Ponte is the site of the old medieval bridge over the East River that allowed traffic to Guimarães, currently we find the Chapel of São João Batista, the exhibition park of Braga, the Sports Complex of Ponte, and the Parque de Campismo da Bridge;

Arco da Porta Nova is the site of one of the doors on the city walls, opened in 1512. Currently it is a baroque and neoclassical arch classified as a National Monument since 1910, by André Soares, an important Portuguese sculptor and architect active in Northern Portugal during the 18th century;

Parque da Praia Fluvial de Adaúfe is a park with a wide grass area very visited in Braga, with a river beach next to the Cávado River. The bathing season on the Adaúfe river beach opens from June to September;

São Martinho de Tibães Monastery is an imposing monastery founded in the 11th century, classified as a Public Interest Building since 1944. the São Martinho de Tibães Monastery was the chosen stage for the XXIII Iberian Summit that took place in Portugal in the January 18th and 19th, 2008. Since February 2010, a guesthouse with 9 rooms and the restaurant “Eau Vive de Tibães” opened at the Monastery of São Martinho de Tibães. The Monastery Museum lost in 1834, due to the alienation of the property, much of the valuable estate of the region composed of painting, sculpture and sacred art, and a vast collection of books, however we can still go through the “Museological Route”, with the area surrounding the Monastery, its architecture, the ruins of previous buildings, the forest, the gardens, and the agricultural fields;

Castelo de Lanhoso classified as a National Monument 1910, it is one of the most imposing Portuguese castles in Portugal, built on top of Monte do Pilar (the largest granite monolith in Portugal), isolated between the valleys of the Ave and Cávado rivers. Inside the walls there is the sanctuary of Nossa Senhora do Pilar, a 17th century sanctuary built with stone from the old walls. Halfway down the slope we find traces of an old Romanized fort;

Castelo de Braga Main Tower are the remains of the Braga Castle demolished in 1906. The Main Tower and some sections of the medieval wall were classified as a National Monument in 1910.

Other attractions to visit in Braga

Citânia de Briteiros is an archaeological site from the Iron Age, discovered by the archaeologist Martins Sarmento in 1875, located on the top of the hill of São Romão, municipality of Guimarães, close to the sanctuaries of Sameiro and Bom Jesus de Braga. It is a citania with the general characteristics of the castros culture of the northwest of the Iberian Peninsula, with traces of Latin inscriptions, coins of the Republic and the Empire, fragments of imported ceramics (terra sigillata), glass, and others;

Braga has a strong connection to sport, based on the elaboration of the “Carta Desportiva de Braga”, a document made with the objective of characterizing sports activities, and the most appropriate sports equipment for the population. This bet on sport is visible in projects such as “Boccia Sénior”, “BragActiva” or “MEXE-TE Braga”; and equipment such as the Braga Walking and Running Municipal Center, the Swimming Schools or the Braga Municipal Stadium.

Braga handicrafts, namely sacred art, cordoformes (string instruments, namely cavaquinhos and violas braguesas), tiles and gilt carving have a prominent place in the city’s tradition, and are an important tourist attraction. The promotion of Braga’s handicrafts is visible in the creation of small businesses, such as the production of soaps, jams, liqueurs, jewelry, dolls painted with regional costumes, and shops selling religious products.

Entrepreneurship and technology from Braga

Braga has a economy and a dynamic business environment in constant development and innovation. This innovation is reflected in the existence of a leading European academic environment, in the creation and growth of the International Nanotechnology Laboratory, the only one in the world dedicated to nanotechnologies, and in Startup Braga, an innovation hub. Braga is considered the national Silicon Valley due to the large number of existing software companies, namely Primavera Software (Portuguese company leader in software production in Portugal), Mobicomp (Portuguese company leader in business solutions related to computing technologies and communications) or Edigma (Portuguese company leader in digital project management and interactivity). This Minho city also invests in projects to support entrepreneurship, namely Via Verde Empresa, the Exceptional Regime for Strategic Enterprises or Industrial Regeneration.

The parties, fairs and pilgrimages of Braga

Braga is a capital city of the district of Braga, with:

XREI.com > Regions of Portugal > Braga, Portugal
Back to Top
error: