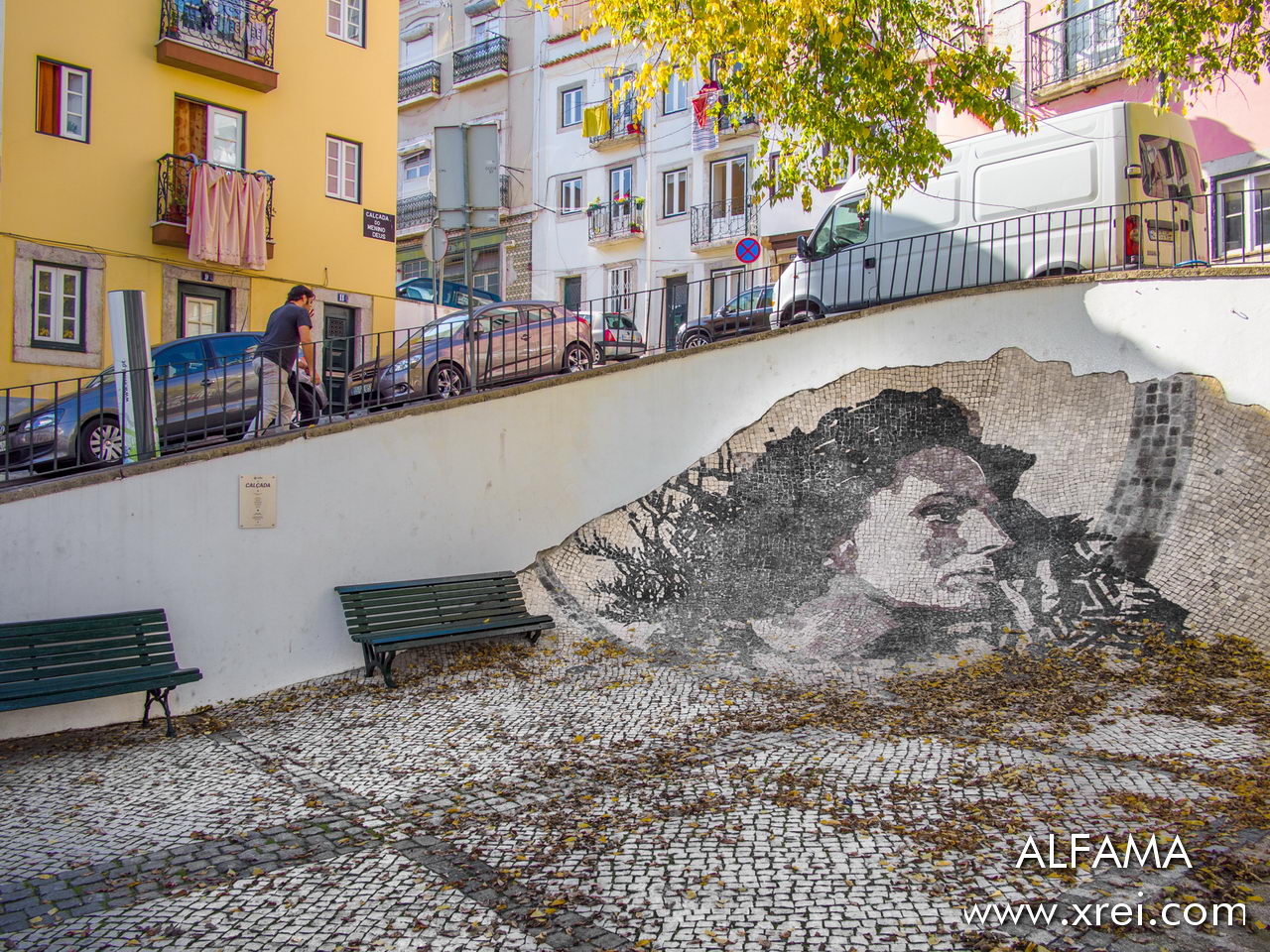 Alfama is the oldest neighborhood in Lisbon, and the second oldest in Europe. Alfama is a neighborhood where you can return to Lisbon from the Middle Ages and, at the same time, feel the modernity that accompanies the Portuguese capital. Located on a hill facing the river Tagus in Lisbon, from the Alfama district we can see the roofs of Lisbon arranged in an amphitheater, over the Tagus river and the south bank of Lisbon. Alfama is located in the historic center of Lisbon, bordering the neighborhood of Graça, Mouraria, Castelo and Baixa. Alfama is close to Lisbon’s luxury Avenida da Liberdade, cosmopolitan Chiado and bohemian Bairro Alto. 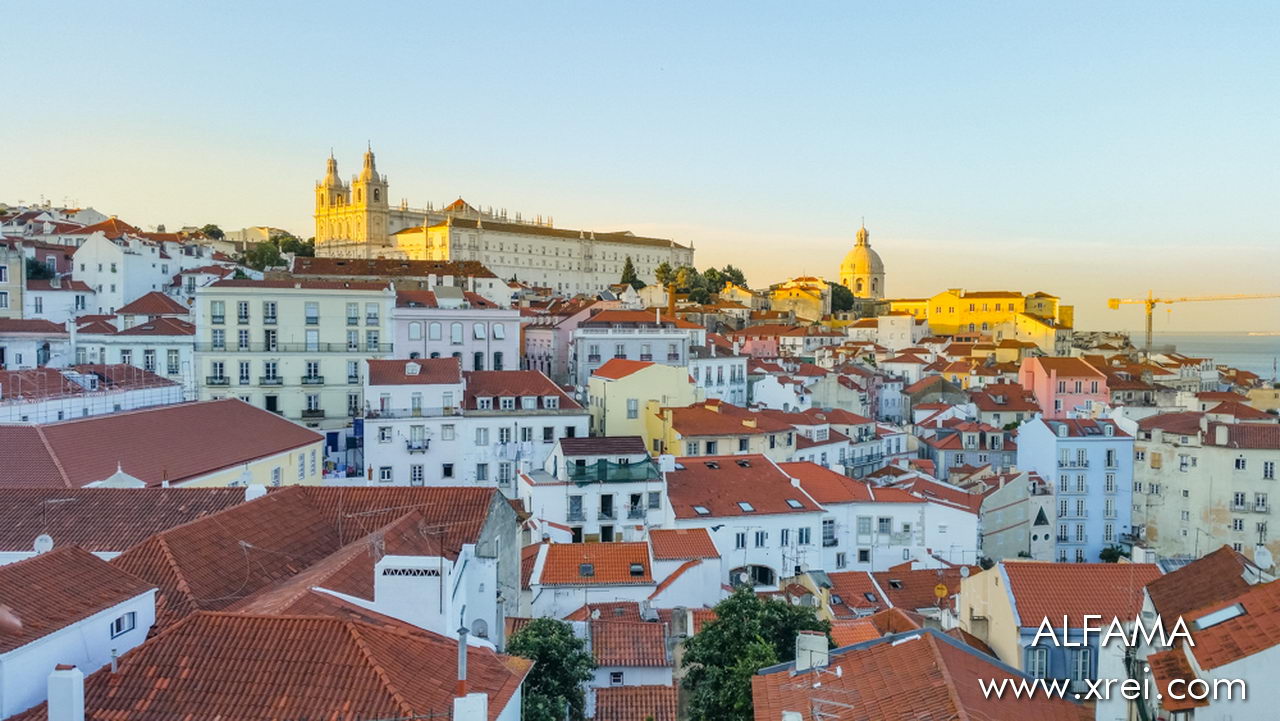 Alfama maintains the narrow streets, winding, labyrinthine with alleys and alleys. Here, you can see the clothes hanging out in the windows, people talking loudly from one window to the other as if they were in a small village, watching the doors of open houses during the day and listening to fado in the middle from street.

Alfama is one of the places where fado emerged, being highly sought after due to the numerous fado houses. It is tradition for fadistas to gather in the street to sing during the summer, providing a unique atmosphere for those who visit the neighborhood. Alfama is a calm, peaceful and safe place during the day, where groups of tourists pass by fado houses and restaurants, places where you can taste the much appreciated traditional Portuguese cuisine. One of the highlights of Alfama happens in June during the Festas da Cidade. The Alfama neighborhood is filled with thousands of people from all over the world who gather on the streets, where they live until dawn. Alfama is a safe place that provides excellent spaces for fun, rest, and tourism for visitors who come from all over the world to visit the neighborhood. At night, Alfama becomes a very popular place due to the large number of restaurants.

Fado became famous when the Conde de Vimioso began to promote it at the Portuguese Court with the creation of shows performed by Maria Severa Onofriana (1820-1846), recognized as the first fado singer. With the emergence of Amália Rodrigues, fado gained more notoriety and was recognized internationally, when Amália Rodrigues achieved an international career, the first time for a Portuguese artist. Some of today’s best known fadistas are from Alfama, namely Ricardo Ribeiro and Raquel Tavares or Artur Batalha. Fado has been classified as a World Heritage Site by UNESCO since 2011.

The best way to visit Alfama is walking through the streets, however the 28 tram is an excellent alternative to get here. The route of Tram 28 starts at Praça do Martim Moniz and ends in Campo de Ourique, passing through some of the main points of interest in the city, namely the Alfama district, Miradouro Nossa Senhora do Monte, Miradouro da Graça, Cathedral of Lisbon, Praça do Comércio, Rua Garrett, Praça Luís de Camões, Santa Catarina Viewpoint, Estrela Basilica, Estrela Garden, Campo de Ourique Market, Prazeres Cemetery or Santo Condestável Church in Campo de Ourique. The first trip starts at 6 am and ends after 11 pm, every day of the year. The tramway 28 has 50 trams available, each with a capacity for 20 seated passengers and 38 standing passengers. Line 28 was created in 1914 and is currently one of the symbols and one of the main tourist attractions in Lisbon.

Places to visit in Alfama (top 10) 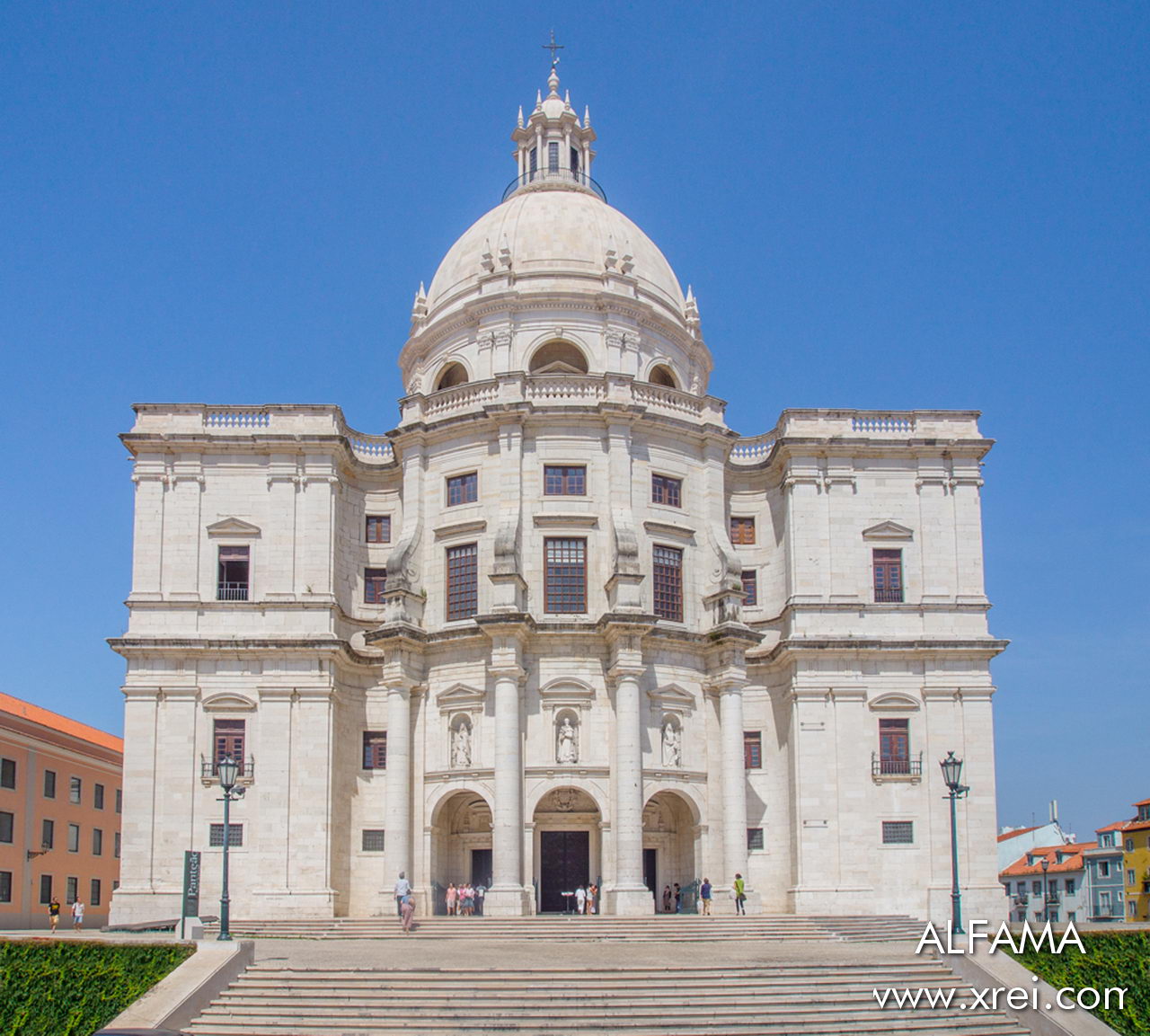 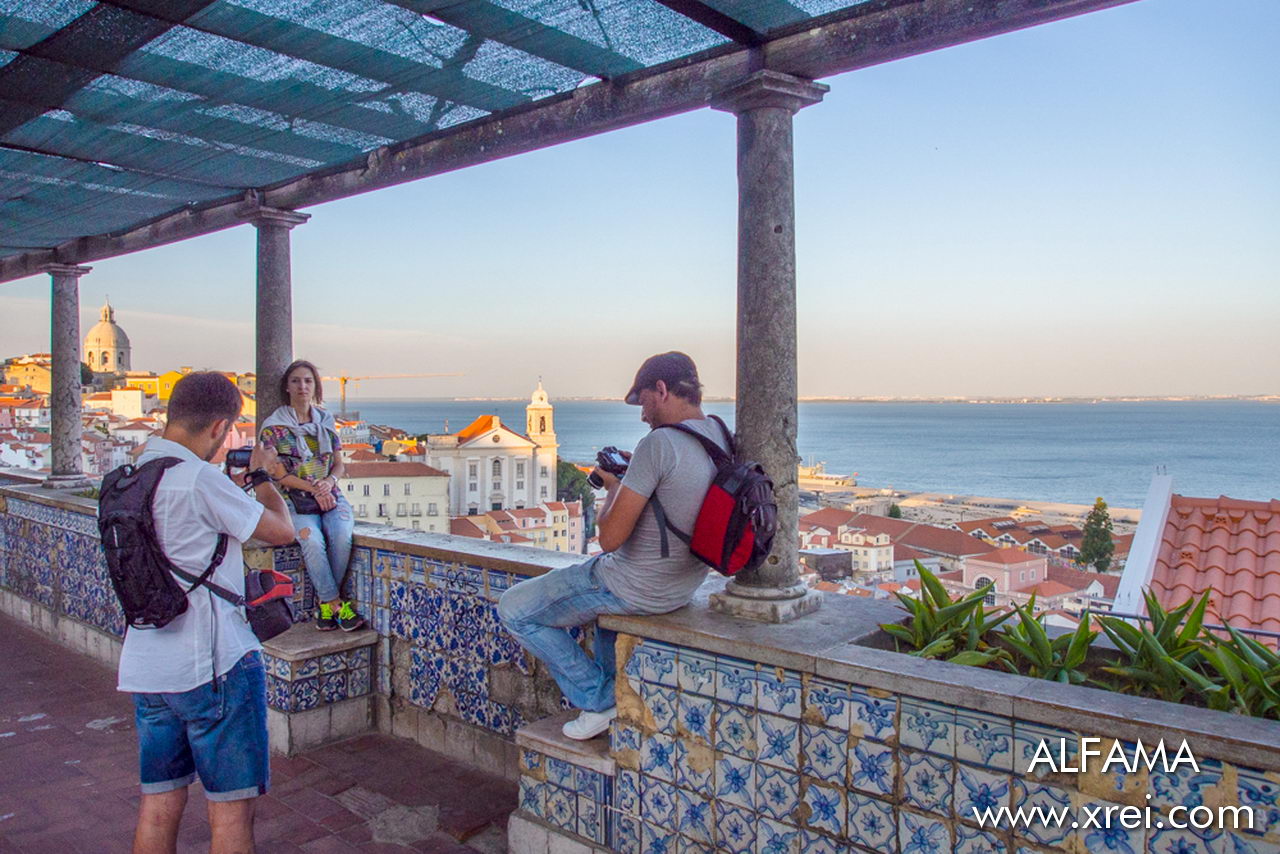 Portas do Sol viewpoint, with panoramic views of Alfama and the Tagus river 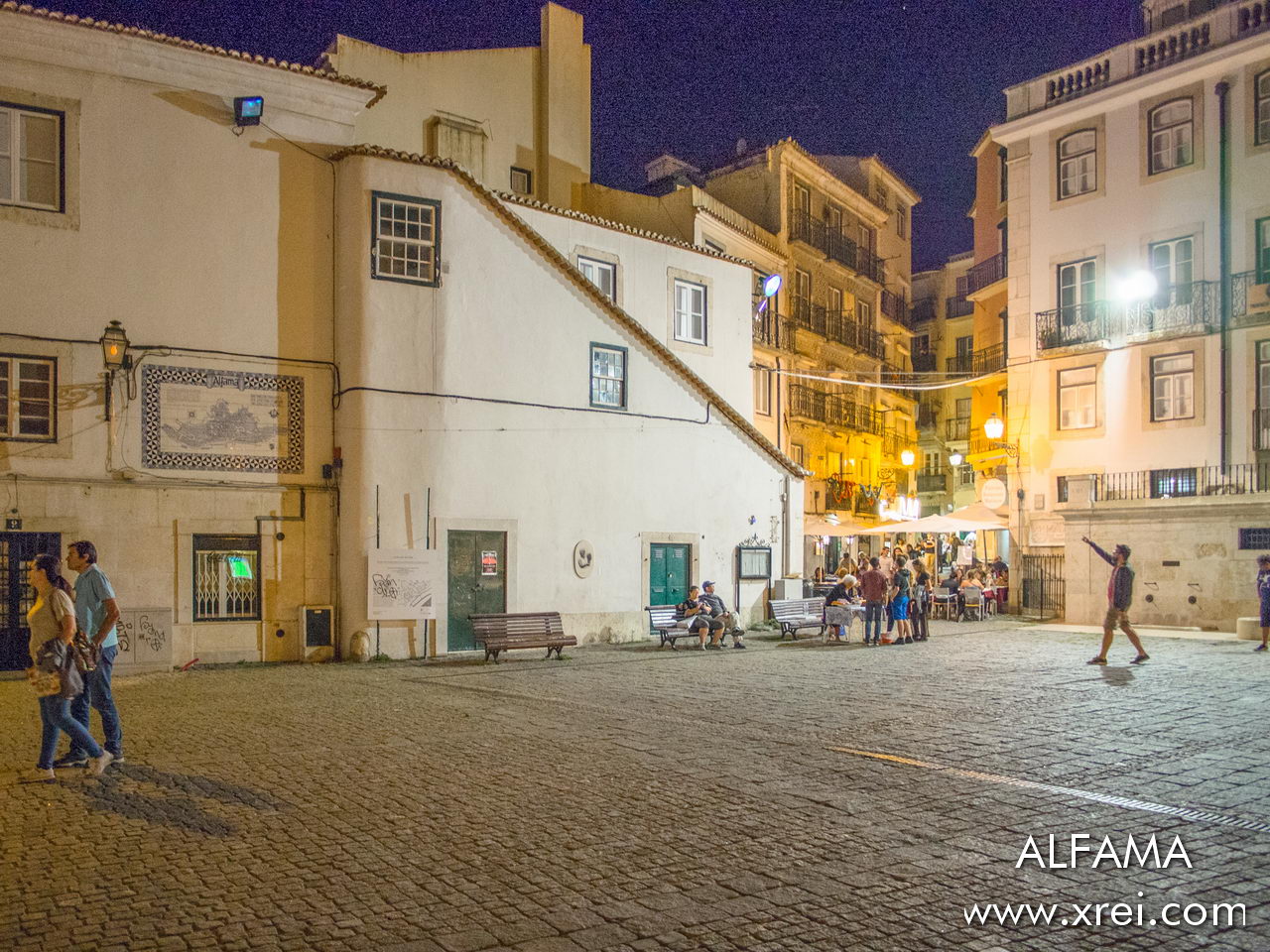 Entrance to the Alfama neighborhood 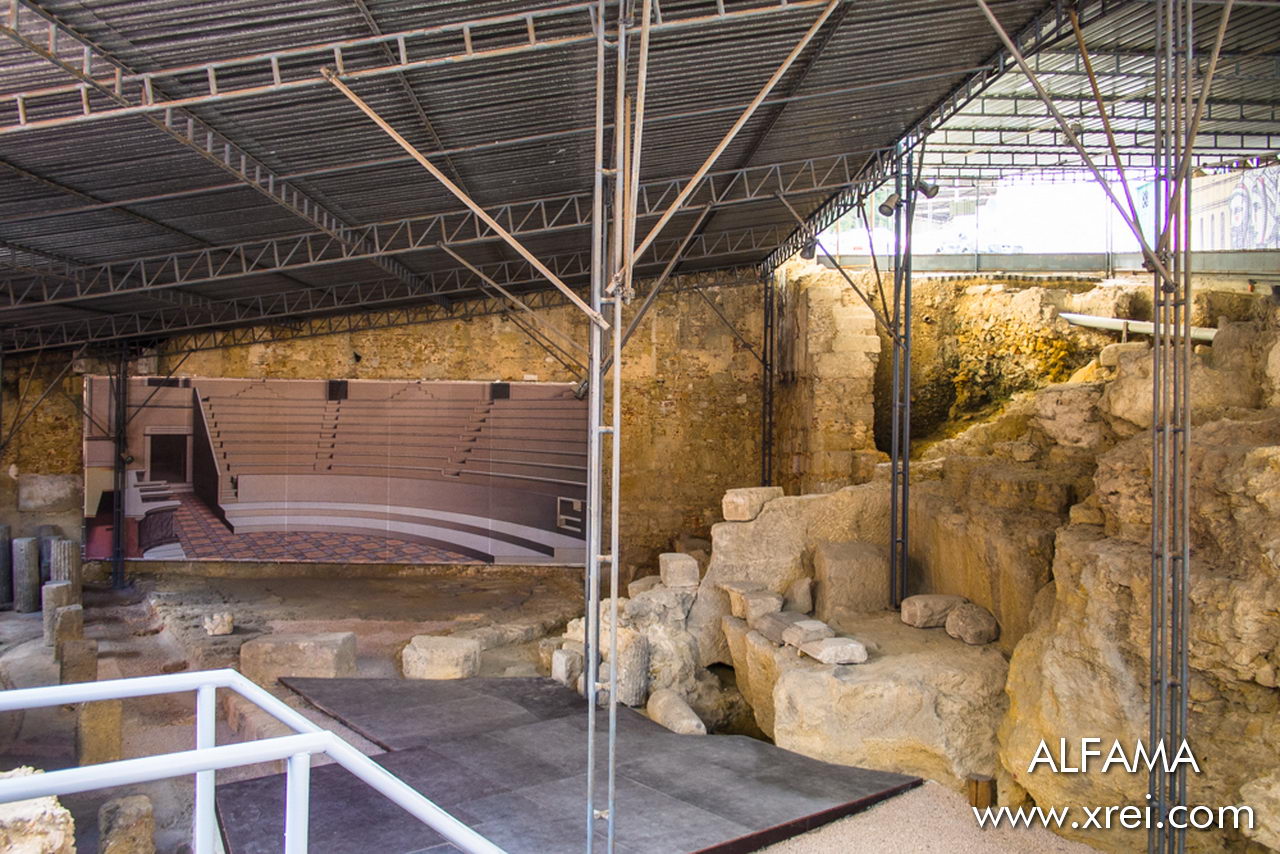 Ruins of the Roman Theater discovered in Alfama Other places to explore in Alfama

The main streets and squares of Alfama 26 words 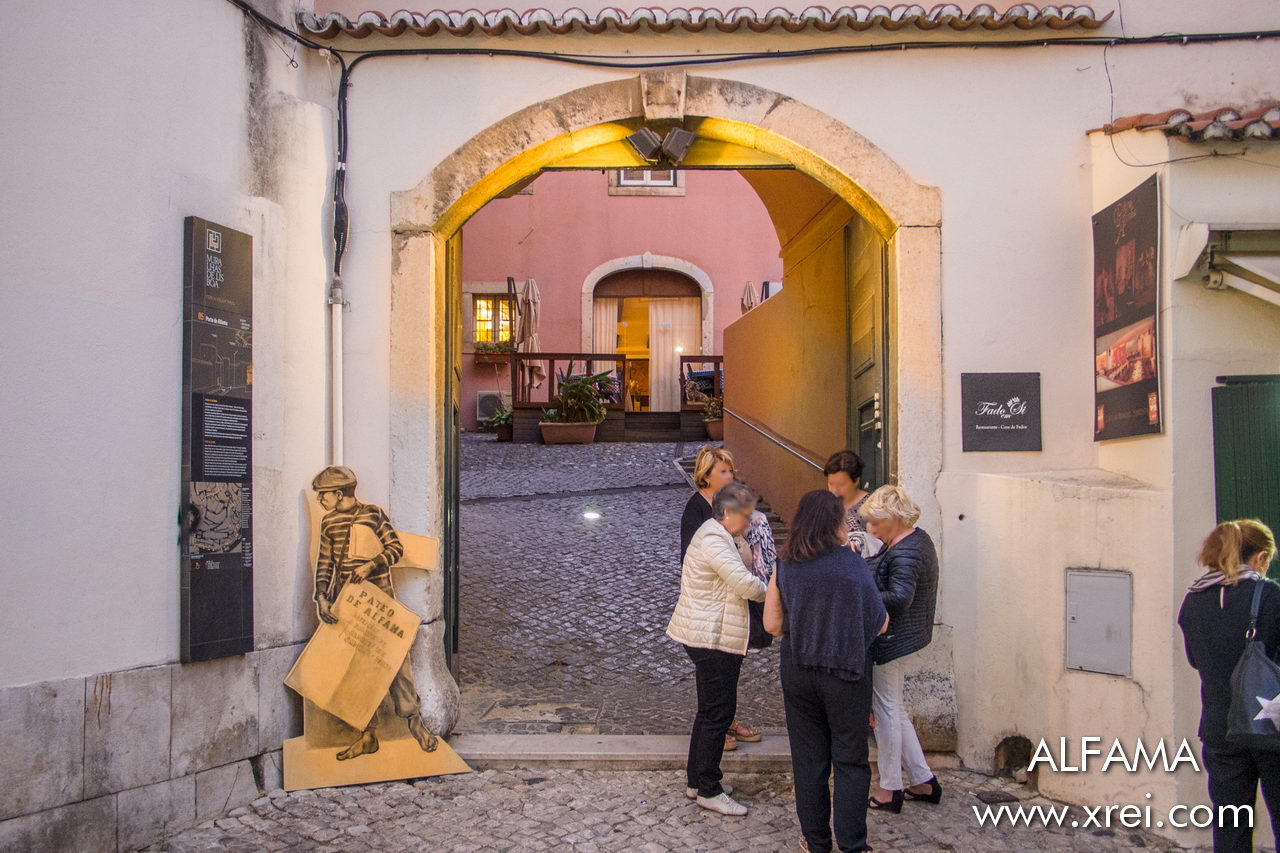 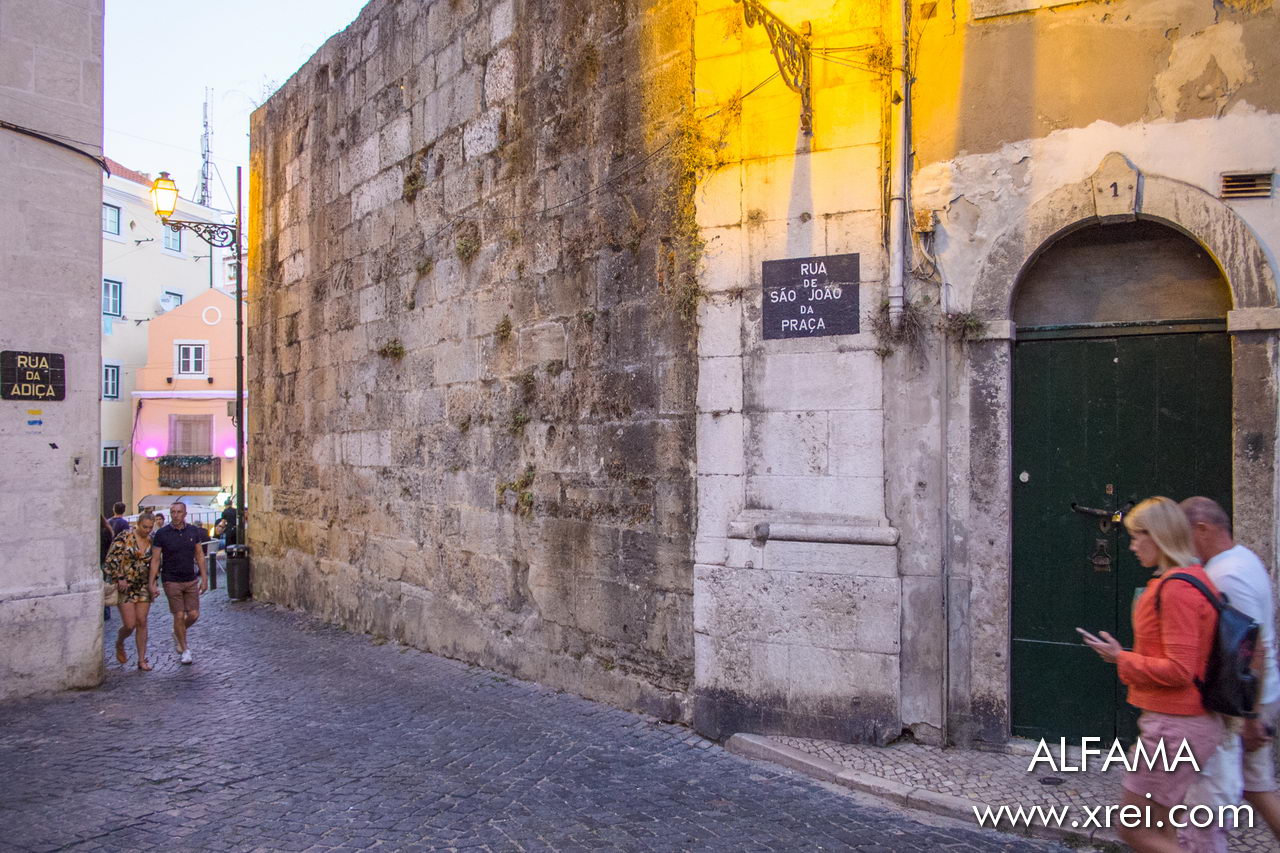 Alfama was one of the city’s Jewish neighborhoods. The name Alfama comes from the Arabic word “Al-Hamma”, which means hot baths or spas. Until the beginning of the 20th century Alfama was known for its sources of treatment of groundwater diseases, with healing properties and temperatures reaching 40ºC. Muslims divided Alfama into two zones:

Alfama was built according to the needs of the population, without an urban plan. It is a labyrinthine neighborhood with winding and narrow streets, numerous alleys and stairs that allow you to climb towards the Graça and Castelo de São Jorge districts or descend towards the Tagus river and Lisbon’s downtown. The main highlights of Alfama are: Rua de São Tomé, where the oldest traffic sign in Lisbon is located, Rua dos Remédios , commercial street of the neighborhood, São Pedro street, known as the bohemian street of Alfama and home to the largest number of fado houses in Alfama, the Campo das Cebolas, where the “Casa dos Bicos” is located, headquarters of the José Saramago Foundation (Nobel Prize for Portuguese Literature) or Largo de São Miguel, where São Miguel Church is located Miguel, the most important church in the neighbourhood, the future premises of the Jewish Museum of Lisbon, and the Largo do Chafariz de Dentro (entrance to Alfama) that gives access to the Rua dos Remedios, to Rua de São Pedro where the Fado Museum is located.